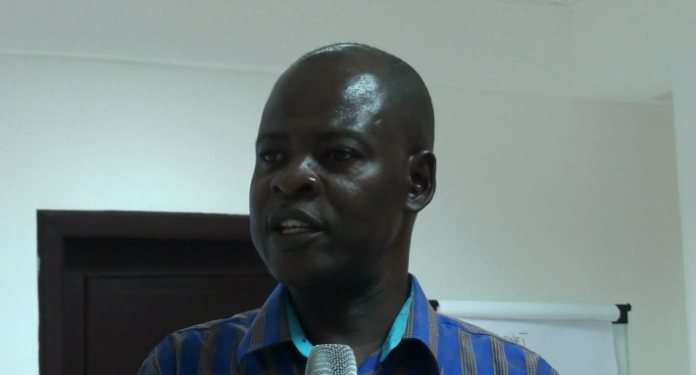 The Civil Society Platform on Oil and Gas (CSPOG) is calling on government and the Ministry of Finance to account for a GH₵1. 5 billion unutilised funds in the Annual Budget Funding Amount (ABFA) for 2019.

This follows a 2019 report by Public Interest and Accountability Committee, that, an amount of GH₵1.5 billion out of a budgeted GH₵ 2.8 billion earmarked for projects across the country was unutilised and unaccounted for by the Ministry of Finance.

According to PIAC, the amount in question is equivalent to more than half of the total ABFA allocation which is the portion of petroleum revenues earmarked for government spending in a particular year.

A statement issued by the Chairman of the group, Dr. Steve Manteaw stated that the Civil Society Platform on Oil and Gas finds it difficult to rationalise the creeping trend of unutilised oil revenues at a time when a lot of uncompleted projects, earmarked to benefit from these revenues remain starved of funds, and the government keeps borrowing to finance the country’s development.

It also notes that, CSPOG’s checks reveal that the anomaly also occurred in 2014 were GH₵ 666 million went unaccounted for.

“In the particular case of 2014, the unspent amount was swept by the Bank of Ghana, and became part of available government funds at the beginning of the next budget year. For the subsequent years, it is not clear what has happened to the monies even though the project oil revenue targets were met. The accumulated unutilised ABFA currently stands at GH₵ 2.8 billion,” the statement noted.

It further notes that, as much as US$ 30 million of oil revenues was invested in the construction of the Kotoka International Airport Terminal 3 through the Ghana Infrastructure Investment Fund (GIIF), and that this investment has yielded US$ 5.5 million returns in just three (3) years.

The decision to invest some of the country’s oil money in Kotoka Terminal 3 was in line with Section 5(1)(b) of the Ghana Infrastructure Investment Fund(GIIF) Act, 2014 Act 877 which provides for the transfer of an amount not exceeding twenty-five percent of the Annual Budget Funding Amount (ABFA) to be applied to amortization and direct infrastructure expenditure.

“Unfortunately, as evident in the 2019 report, no allocation from the ABFA has been made to GIIF for the second consecutive year,’ it added.

“Among other demands the CSPOG wishes to remind the government of the country’s commitment, following the discovery of oil in 2007, to ensure that oil revenue is applied significantly to our development priorities through dedicated governance framework and public accountability systems, given that our hydrocarbon resources will be depleted with the passage of time.”

According to PIAC, the Ministry of Finance has for the third consecutive year failed to account for unutilised Annual Budget Funding Amount (ABFA) of oil revenues.

In its 2019 annual report on the management and use of petroleum revenues, the committee revealed that the amount stood at GH¢1.5 billion at the end of 2019.

It also disclosed that the ministry was also cited for violating portions of the Petroleum Revenue Management Act (PRMA) 893 and Ghana Investment Infrastructure Fund (GIIF) Act 877.

The 2019 PIAC Report covering the period January to December, encompasses issues including the management and utilisation of petroleum revenues and findings pertinent to the performance of various institutions in the sector. It is inline with PIAC’s statutory obligation under the Petroleum Revenue Management (Amendment) Act, 2015 (Act 893), which enjoins PIAC to publish reports to keep the citizenry updated on petroleum revenue and solicit feedback.