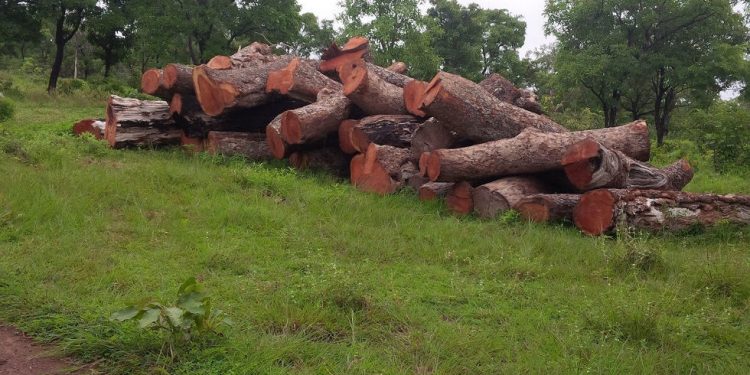 Kwaku Asomah-Cheremeh, the Minister of Lands and Natural Resources, on Wednesday, assured the public that Government will not burn seized Rosewood but rather put them to meaningful use.

Addressing journalists at the Meet-the-Press series in Accra, Mr. Asomah-Cheremeh said the Ministry had not issued any salvage permits for the harvesting of rosewoods since the ban was placed on the rare species in March this year.

The Minister said he constituted a seven-member investigative committee, comprising representatives of civil society organizations, Ghana Revenue Authority and Parliamentary Select Committee on Lands and Forestry to unravel the activities of illegal exploitation of rosewoods and bring the perpetrators to book.

He said the final report of the investigative committee would be made public and urged all well-meaning Ghanaians to support Government’s efforts to curb the harvesting, transportation and export of the species.

Mr. Asomah-Cheremeh said since 2017, Government established 20,073 hectares of plantation, while hundreds of youth were recruited under the Youth in Afforestation programmme to support government’s plantation programme to safeguard the Sanctity of the environment.

A total of 83,247 employment was generated under the forest plantation sector, he added.

The Minister announced that from 2016 to 2019, a total of 2.1 million cubic metres of natural forest timber for domestic and export was harvested and the proceeds from it were managed by the Office of the Stool Lands and Forestry Commission.

In addition, 3,277 hectares of illegal farms were destroyed, while 774 suspects were arrested while 293 were prosecuted.