by Ebenezer Afanyi Dadzie
in Banking And Finance, Business, News

Mr. Awuah said the Bank of Ghana (BOG) is collaborating with the APEX Bank, the sole regulatory institution of rural banks, to put effective mechanisms in place to boost operations to improve the rural economy.

He gave the assurance when he addressed the Extraordinary General Meeting of shareholders of the Gomoa Community Bank at Winneba-Junction.

He said the Apex Bank was working hard to offer the necessary financial support to rural banks to enable them to perform their required functions and that some distressed rural banks were being assisted to meet the one-million Ghana cedis BOG minimum capital requirement.

The Deputy MD urged the boards, management, staff, customers, and shareholders of rural banks to discard the notion that government would run down rural and community banks.

He said the BOG had given a deadline for those banks to meet the minimum share capital requirement by the end of February 2020, and that the APEX Bank is working hard to keep them in operation.

He expressed the hope that all rural banks would be able to meet the deadline with effective mobilisation of liquidities through APEX Bank’s support to distressed banks to sustain them.

Mr. Awuah urged shareholders, board, management, and staff of the Gomoa Community Bank to buy more shares to boost its operations.

He said the merger had helped the development of the rural economy in the respective districts and sustained employment and mobilisation of funds.

It had also saved teachers from commuting to and from Winneba and Agona Swedru to receive their salaries at the end of the month.

Mr. Isaac Arkhurst Yamoah, the Administrator of Association of Rural Banks, Central Regional Chapter, said the merging of three rural banks had brought the needed glory to Gomoa communities and asked the citizens to contribute their quota towards boosting the rural banking sector.

He added that it was regrettable that people in Gomoa had denied their own banks even though no commercial or offshore bank was prepared to establish branches there and urged people to patronise the rural banks.

He urged the citizens, both home and abroad, to recommend Gomoa Community Bank to investors, especially well-to-do Ghanaians, to buy more shares to enhance its operations.

Mr. Appiah Thompson, the Board Member of the Bank, urged shareholders and customers not to entertain any fears since there was no cause for alarm about the operations of the Bank.

He said the Bank was making frantic efforts to hold an Annual General Meeting in February 2020 to declare the state of affairs to shareholders and appealed to them to buy more shares to boost its operations.

Obirifo Ahor Ahunako Ankobeah II, Omanhene of Gomoa Assin Traditional Area, urged the people to own the bank and ensure it thrived because its collapse would be a big blow to the area’s economy.

He pledged to buy 5,000 Ghana cedis shares, in addition to other investments he had made in the Bank, to increase its capital base. 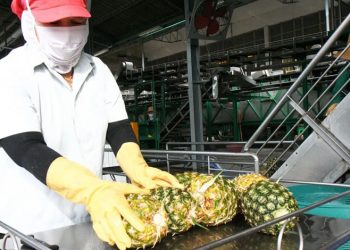