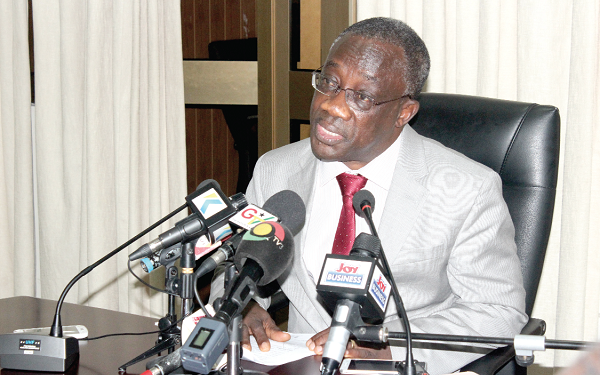 The Commissioner-General of the Ghana Revenue Authority will, effective October 1, 2019, retire from the revenue collection agency.

Accepting the announcement notification of Mr. Nti, Finance Minister Ken Ofori-Atta said the government will continue to put in efforts to shore up domestic revenue which remains lower than targeted.

“Government is aiming to raise GH¢ 45.2bn in domestic revenues as the 2019 target even though GRA is 7.3% behind target as at end of July”, Ken Ofori-Atta said, adding that “although the country’s tax revenues have grown consistently over the last few years, Ghana’s tax-to-GDP ratio at 17.6% is still well below the middle-income country average for Africa.”

As such, GRA’s efficiency in tax collection has become even more crucial for achieving sustainable revenue targets that reflect Ghana’s developmental agenda. The contribution of the two new Members of the Board is essential to ensuring the achievement of GRA’s objective of revenue mobilisation in an era of Ghana Beyond Aid.