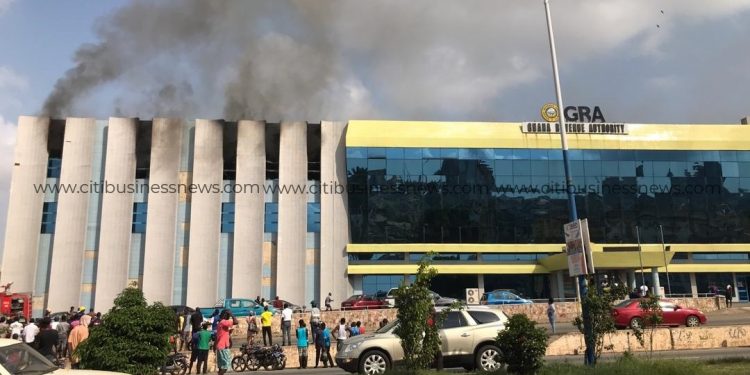 One of the busiest offices of the Ghana Revenue Authority, GRA, around the Kwame Nkrumah Circle Interchange is in flames as fire fighters struggle to douse the inferno.

The early Sunday morning fire, which started in a part of the high-rise building is gradually ravaging through the entire edifice. 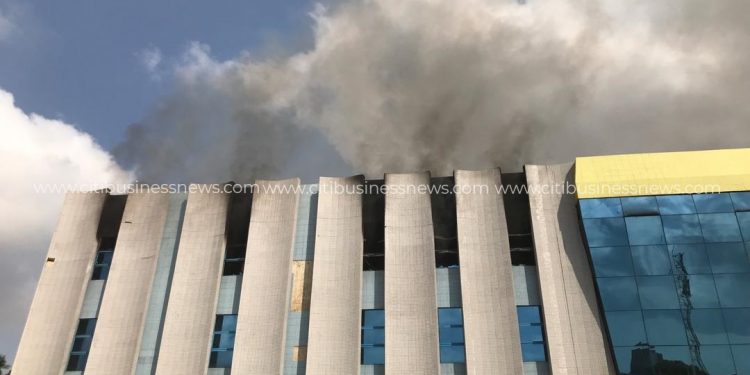 Citi News’ Caleb Kudah who’s at the scene reports that personnel from the Fire Service are trying to contain the fire, but are having a tough time as the fire continues to spread.

The struggle appears to be as a result of the high-rise nature of the building which is making it difficult for the hose to get to the top. 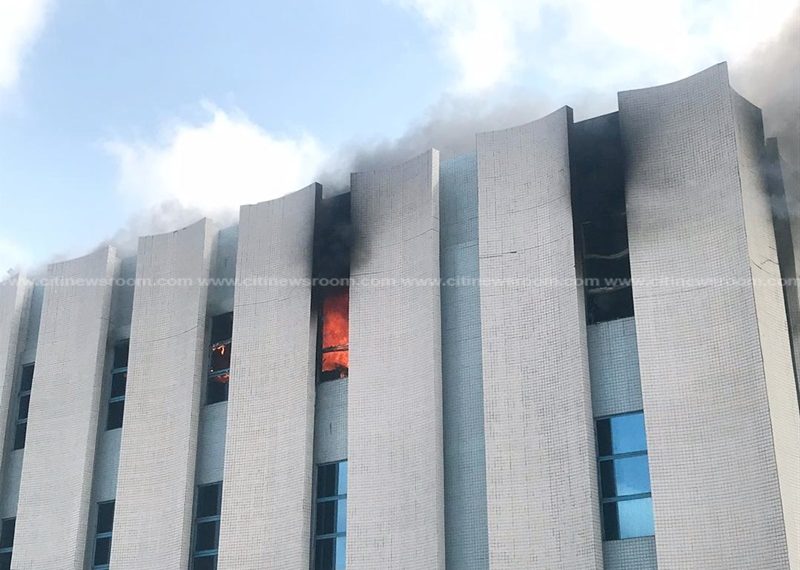 Some eyewitness say the fire has been blazing for over an hour-and-a-half.

The cause of the fire is not yet known, as Fire Service personnel are yet to comment on it. 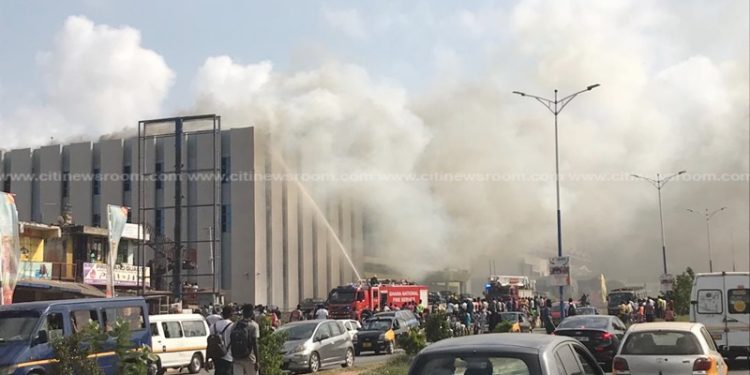