‘Growing a bank is not a sprint, it’s more than a marathon’—Frank Adu advises local banks

by Lawrence Segbefia
in Banking And Finance, Business 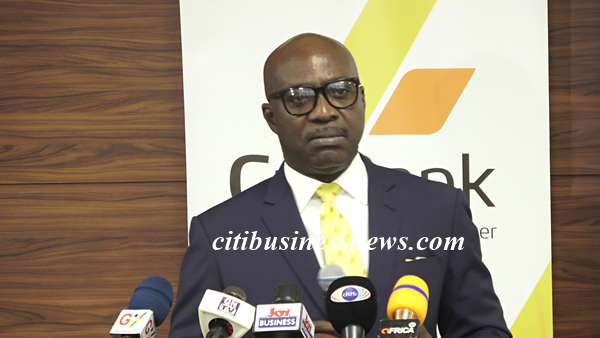 The outgoing Chief Executive Officer of CAL Bank, Frank Adu Jnr has advised Managing Directors of local banks to go through the required and legal processes to grow their banks.

He cautioned that it is very dangerous for owners of local banks to take depositors’ funds to finance their own businesses.

Speaking after CAL Bank took its turn to present the ‘Facts Behind the Figures’ organized by the Ghana Stock Exchange, Mr. Adu who has worked at CAL Bank for three decades advised that the period for growing a strong bank could take many years.

Citing Barclays Bank as an example, Mr. Adu stated that Barclays Bank is a global giant because it has followed laid down rules in the financial sector for over 200 years.

According to him, “the process of growing or developing a bank is not a sprint, it is more than a marathon”.

“So you do not get up in 10 years or 20 years and say that you will grow from zero to hero. You will crash, because you will do foolish things,” he added.

“Every country needs its own banks. Nigeria is very proud and unapologetic about that. So you don’t really find many foreign banks in Nigeria. As a country we must also develop our local banks,” he stressed.

A cleanup exercise undertaken by the Bank of Ghana which ended in December 2018 saw nine local banks go down as their licenses were revoked.

Some of the banks were cited for moving depositors’ funds and unlawfully transferring funds into allied companies.

According to CAL Bank, its Total Assets increased by 43.7%, largely from increased Investment Securities and Loans from 2018 to 2019.

In addition, Deposits increased by 39.0% from pick-up in deposit mobilization from new and existing business relationships while borrowings also increased by 71%, due to over US$ 200 million additional funding secured from funding partners.

Touching on how its agency banking has performed so far, the in-coming Managing Director of CAL Bank Philip Owiredu said the product is recording good levels of cash-in.

Providing some records on how the banking sector has performed this year, the Head of Investor Relations at CAL Bank, Dzifa Amegashie said the main indicators are showing positive signs.