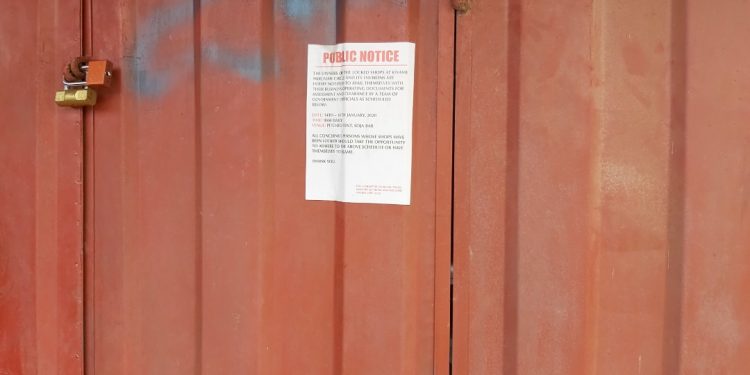 The Deputy Public Relations Officer of the Ghana Union of Traders Association (GUTA), Joseph Osei Yaw Agyemang, has threatened that the Association will cause the arrest of any Nigerian trader who reopens any of the locked up shops at the Tip Toe lane in Accra.

The warning comes after some three hundred of the six hundred shops which were locked in December last year, were allegedly reopened by some persons for the Nigerian traders.

The shops belonging to foreign nationals particularly Nigerians, were closed down by GUTA in 2019 for engaging in retail business which is exclusively reserved for Ghanaian traders.

Speaking to Citi Business News after leading a team of security operatives and other traders to lock up the three hundred shops that were reopened over the weekend, Mr. Yaw Agyeman said they will cause the arrest of any Nigerian who reopens the shops at Tip-Toe Lane.

The GUTA PRO said any such action would not be an illegality, but could lead to a confrontation as it breaches Section 27 (1) of the GIPC Act, 2013 (Act 865). 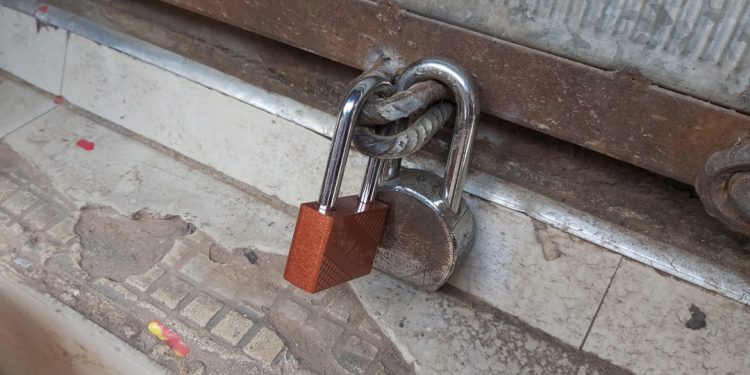 He also accused the Nigerian traders of failing to produce their business operating permits after a Presidential Committee on Retail Trade set up by the Ministry of Trade and Industry, decided to vet the foreign nationals, mostly Nigerians to decide on the way forward.

“We have asked them to bring their papers so that we can open the shops for them, but they haven’t adhered to it. So the next thing is for them to leave our market,” he added.

Earlier this year, after Nigeria closed its frontiers to stop the smuggling of products from neighbouring West African states into the country, GUTA also asked authorities to strictly enforce Ghana’s laws banning foreigners from engaging in retail trade.