Inflation inches up for the second consecutive month 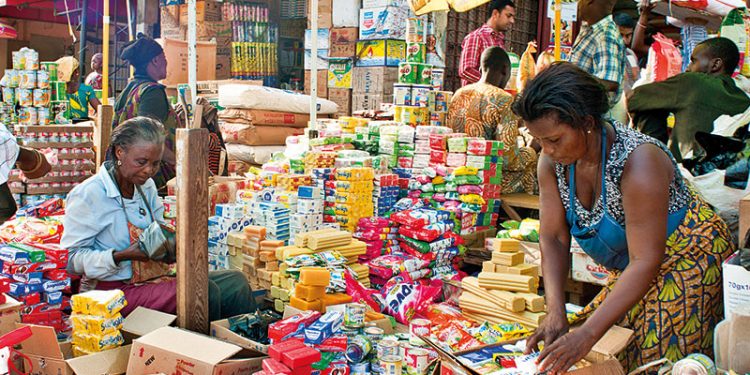 0
SHARES
1.9k
VIEWS
Share on FacebookShare on TwitterShare on Whatsapp

Inflation has continued its upward trajectory for the second month running, rising to 8.2 percent in November, the Ghana Statistical Service has said.

The increase recorded last month, represents a 0.5 percentage points increase in the October 2019 inflation of 7.7 percent.

The Statistical Service three months ago, using a new series, announced inflation had declined to 7.8 percent; a figure that subsequently came down to 7.6 percent in September.

The inflation for October, however inched up to 7.7 percent and now to 8.2 percent for November.

The Statistical Service explained that the highest drivers of the latest inflation figure include Alcoholic Beverages, Tobacco & Narcotics and Transport, which recorded a year-on-year increase of 13.4 and 12.3 percent respectively.

But the statistical agency added that due to its relative importance in consumption, the food category is still the main driver of inflation in Ghana – even more so than last month.

The Food and Non-alcoholic beverages division recorded a year-on-year inflation rate of 8.4%.

The Upper East Region, however, recorded the lowest year-on-year inflation rate of 3.5%.

CPI measures changes in the price of a fixed basket of goods and services purchased by households over a period.