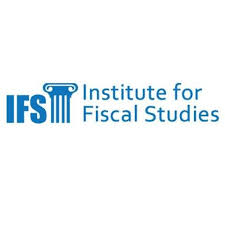 The Institute of Fiscal Studies, IFS, has criticized government for its decision to reduce the Communications Service Tax, from 9 to five percent.

As part of efforts to mitigate the economic impact of Covid-19 on consumers and businesses, government announced the reduction in the Mid-year budget to take effect from September this year.

But analyzing the 2020 Mid-year budget at a press briefing in Accra, Senior Research Fellow at the Institute, Dr. Said Boakye, told Citi Business News the intervention is not essential considering the country’s poor fiscal state.

“Given the nature of the threat the pandemic posed and still poses, and the poor fiscal state of the country, it was expected that the additional expenditures that are not essential and to alleviate its economic effects on the vulnerable would be rejected by the government. It was also expected that existing revenue sources will be carefully guarded.

“But while the pandemic has significantly affected revenue mobilization because of the projected decline in economic growth, the Minister of Finance announced that the communications service tax will be reduced effective September, 2020,” he said.

The Communication Service Tax (CST) was introduced in 2008 at an ad valorem rate of six per cent. The tax is levied on charges payable by consumers for the use of communication services.

The amount generated from the levy was 4.56 per cent more than the projected ¢401.8 million in the 2018 mid-year budget.

However, government in the main budget for 2020 delivered in November 2019, amended the CST Act, increasing it from six percent to nine percent. It took effect from October 1, 2019.

This led to increased agitation among many customers of mobile telecommunication companies, who changed the mode of application that angered government.

But following a directive from the Ministry of Communications, upfront talk tax deductions were ceased.