by Bobbie Osei
in Banking And Finance, Top Stories 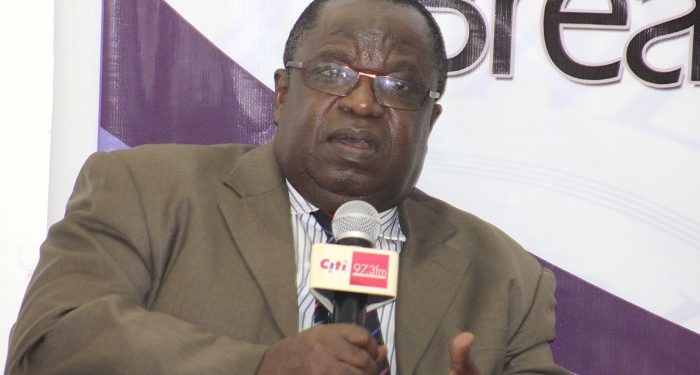 Despite the Monetary Policy Rate (MPR) remaining at 14.5 percent for the better part of 2020, average lending rates of commercial banks have not dropped low enough for many stakeholders.

According to the Summary of Economic and Financial Data released by the Bank of Ghana in May this year, Commercial Banks started the year lending at an average rate of 23 percent, at a time when the monetary policy rate was 16 percent.

Currently, some banks are lending on average at 21 percent as the Monetary Policy Rate continues to hover around 14.5 percent.

“To start with, the rate has been dropping from the thirties and forties and now it’s in the twenties and even in the tens. Now, there are two main types of loans and lending rates –the corporate and personal. Usually, the corporate ones are secured and the more security you have, the lower the interest rate becomes. The monetary policy rate now is 14.5 %, and at the corporate level, the actual blue-chip companies are borrowing near the MPC rate of 14 % to 15 %. But when it comes to the personal level, where they are usually unsecured, then because of the risk factor, risk being that the chances of the borrower not being able to pay, then it means the bank has to add a risk premium and that is presently around 20, 22 or 23.”

To see to the reduction of lending rates from the highs of over 30 percent in years past, the central bank in 2018 introduced a new reference rate for lending.

The Ghana Reference Rate (GRR), is to serve as a guide in the setting of interest rates on loans by all banks. It is referred to as the new base rate.

It is interesting to note that in the months after the first case of COVID-19 was recorded in Ghana, the GRR started dropping albeit marginally which translated in a corresponding marginal drop in average lending rate.

Nana Otuo Acheampong further explained the dynamics of the current pandemic and how it is keeping interests rates from dropping further.

“Over and above all these, we are not in old times, we are in the new normal. And in the new normal, the chances of loans either going bad or becoming doubtful are real, in the sense that, people who borrowed before the COVID-19 pandemic, now they’ve used the money and their businesses have either come down or in some worst cases collapsed completely. So that risk is also adding to a mountain of non-performing loans and the higher non-performing loans we have, the dearer the cost of borrowing becomes because we have to share that risk,” he added.

The monetary policy rate generally signals the rate at which the Bank of Ghana lends to commercial banks. This also influences the final interest rate corporate entities and individuals pay on the loans they take from the commercial bank.

Though the rhetoric however over the years from many micro, small and medium scale enterprises when it comes to loans is the fact that even when the Central bank reduces its Monetary Policy Rate, the transmission mechanism which should see a commensurate decline in lending rates of commercial banks does not apply, many of these companies are hopeful of a change in the coming days.