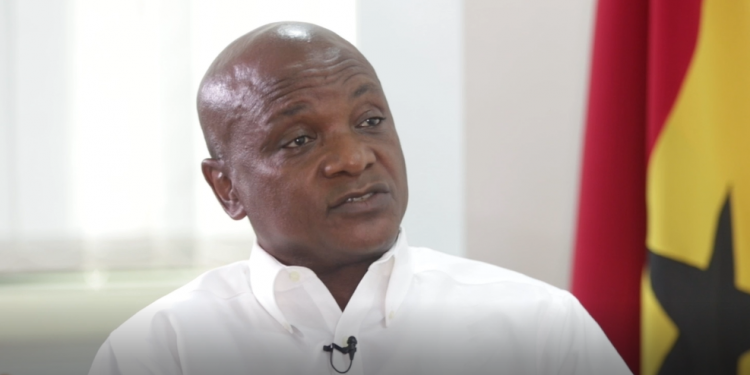 President of the National House of Chiefs and Co-founder of Sunon Asogli Power Ghana, Togbe Afede XIV, has lamented the poor state of Ghana’s energy sector stating that it is reeling under financial distress due to government’s inability to pay promptly for power supplied by Independent Power Producers.

According to him, the debt owed them continues to stifle power supply, creating difficult moments for the sector.

Government earlier this month cleared the prolonged $203 million inter-utility legacy debt component of the power sector debt within the energy sector accrued by the end of 2016 reducing the collective receivables in favour of the IPPs to about USD$1.2 Billion.

But speaking on Citi TV’s Point of View, Togbe Afede XIV called on government to prioritize settling the outstanding debt to the Independent Power Producers to ensure continuous power supply in the country.

“The sector is in difficulty because the IPPs are choking under a lot of debts. Even yesterday we had a meeting with the chamber and that is a big problem. We are still talking to government about the need for the burden to be lessened so that we can assure availability of power. Power is key for development, everything else comes to a standstill if there is no power,” he said.

Speaking further on how the Sunon Asogli power plant has been beneficial to the country’s power mix, Togbe Afede XIV, noted that, “Asogli has been phenomenal. The biggest power plant in the country after Akosombo and of course the biggest IPP, the most efficient IPP and with good intentions of even expanding to coal, wind and solar.”

“It is extremely fulfilling and indeed I doff my hat for my partners that they could survive several years where they had to cope with a lot of overdue debts on their books which hurts the parent company which is home extension stock exchange.  And for me, for them to even want to do more in Ghana not withstanding attests to the kind of relationship we have, the trust we have developed,” he added.

The Sunon Asogli power plant was the first privately-owned electricity generation installation in the history of Ghana, generating up to 25 percent of Ghana’s safe and reliable energy, and the company is aiming to expand its operations beyond the borders of the country.

Problems around the power sector goes back to 2015, when Ghana was facing a number of rolling black outs, known as “dumsor”.

Deals signed at the time have been subsequently criticised by many stakeholders in the energy sector for being agreed at a high price.

Due to these high prices, arrears to Independent Power Producers have built up over the years.

The IPPs have also threatened several times that unless debts are reduced they will be unable to generate power.

Currently, the IPPs generate about 2,600 MW which is about 60 percent of the total generation in the country’s power sector.

According to the IPPs, the outstanding debt leaves the energy sector under “serious threat”.

At present, Ghana pays over US$500M a year for unused electricity. Most of the PPAs are legacy agreements, entered into under the previous administration in an uncoordinated and hasty attempt to end dumsor. The tariffs agreed were not competitive and have contributed significantly to the build-up of debt in the sector and oversupply of energy.

Due to this, government in collaboration with the World Bank, created the Energy Sector Recovery Programme (ESRP), identifying the policies and actions needed for financial recovery in the energy sector over a five-year horizon (2019-2023).

As part of the reforms, government is taking steps to institute competitive bidding for future additional capacity, to ensure that future tariffs are fair and in line with expected pricing benchmarks.