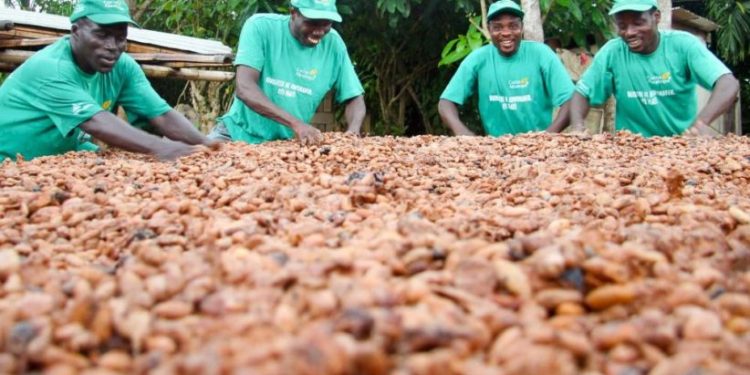 The Competitive Cashew Initiative (COMCASHEW) has called on local cashew processors in Ghana to venture into the processing of cashew apple which has a lot of potential.

According to COMCASHEW, the venture has not been explored enough.

Speaking to Citi Business News on the sidelines of the third session of the Master Training Programme, Mrs. Rita Wiedinger urged local processors to not concentrate on only the cashew nut, but also venture into processing the cashew Apple because it has a lot of potential.

“We are promoting processing in Ghana and in other West African and South African countries so that we can get the best out of cashew as a whole. The cashew apple is currently not much used, we are using less than 1%. The rest is really waste or animal feed at best, meanwhile it has a huge value for human consumption. It is best for skin development, for children, for pregnant women and is a high-value product. So far, several processors in Ghana have started to explore that produce and its market,” she said.

Mrs Wiedinger also noted that the establishment of the Tree Crop Development Authority would go a long way to streamline activities in the cashew industry.

“I want to commend the Ghana government for its bold step of setting up a tree crop development policy and giving cashew for the first time the place it deserves not as a niche commodity but a mainstream product,” she added.

A local processor who participated in the workshop spoke to Citi Business News saying: “The main motivation behind this production is that, we saw the cashew apple going waste so we decided to pick the fruit and use it as a soft drink and now we have a huge market demand for the product but our challenge is the demand is more than the supply,” Kwadwo Amoateng said.

The Third Session of the Master Training Programme among others, seeks to increase both theoretical knowledge and practical skills of various Cashew Experts along the Value Chain.

It was organised by ComCashew and other Collaborators like the African Cashew Alliance and the MOFA.

60 participants benefited from the weekly training which focused on Cashew Apple Juice Processing, Economics of Processing, Nutrition and Nutritional Value of Cashew and Processing of Nuts and Management.