in Business, Oil And Gas 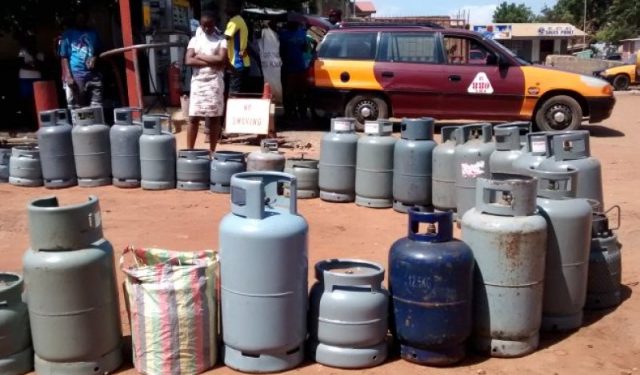 The implementation of the new Liquefied Petroleum Gas (LPG) cylinders recirculation policy is expected to generate about 4,500 new jobs and guarantee the jobs of people already employed in the industry.

This was disclosed by the Chief Executive Officer (CEO) of the National Petroleum Authority (NPA), Hassan Tampuli at the Liquefied Petroleum Gas (LPG) cylinder recirculation model stakeholders’ engagement at Koforidua in the Eastern Region.

He explained that under the cylinder recirculation model, LPG would be sold in already filled gas cylinders to ensure safety in the use of LPG in the country.

Mr Tampuli explained that the companies that would be distributing the LPG cylinders were to ensure that the cylinders meet established standards to ensure public safety.

He said currently, only 25 per cent of the 30 million people in Ghana used LPG and it was the goal of the NPA to ensure that by 2030, about 50 per cent of the population used LPG.

Mr Tampuli said a pilot project on the recirculation of the LPG cylinders model would be piloted in some parts of Ashanti Region and in the Denkyenbour and the Kwaebibirim Districts in the Eastern Region by next month.

The Eastern Regional Minister, Mr Eric Kwakye Darfour, expressed his appreciation that the model would be piloted in the Eastern Region and assured the NPA of the support of the chiefs and people in the Region.

He advised that the education on the safe use of LPG should not be targeted at women alone but should be extended to men because many men also work at the kitchen.

Mr Kwaku Agyemang Duah, the CEO of the Association of Oil Marketing Companies, called for the reduction of taxes on LPG to motivate more people to use it.

He advocated for the regulation of cylinders use in auto-gas to ensure public safety.

Ms Sheila Abiemo of NPA said the distributing companies that would be engaged in the recirculation model would be required to ensure that the cylinders met all the standard safety requirements and have the cylinders tagged, so that they could be tracked wherever they were taken to avoid stealing.

She said users of the cylinders would not have to buy the cylinders but only pay a deposit for the use, which would be refunded any time the customer decided to buy from another company and return the cylinder to the company from where the cylinder was collected.

She said the distribution companies were expected to insure their cylinders so that in case of fire which could occur as a result of fault on the cylinder, the customer would enjoy some insurance claims