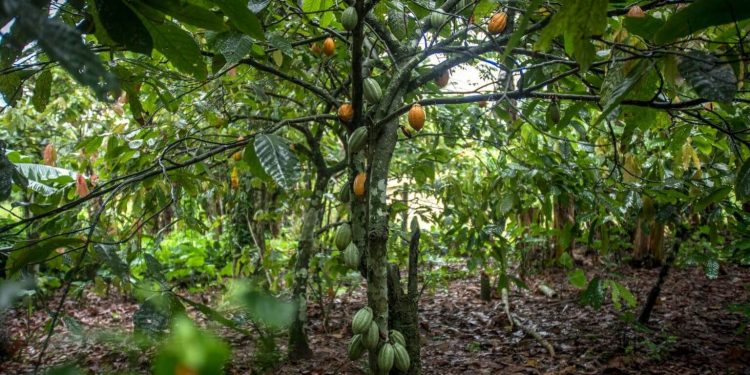 The Concerned Farmers Association of Ghana has called on the government to put in place a monitoring system to check the destruction of cocoa trees in the country.

According to the association, though the government gives farmers over 60 million seedlings annually, there is no monitoring system to track the number of seedlings that the farmers plant.

The association’s claims follow the government’s quest to rehabilitate some cocoa farms affected by the cocoa swollen shoot virus disease (CSSVD) in the Western North Region.

In an interview with Citi Business News, President of the Concern Farmers Association of Ghana, Nana Oboadie Boateng Opambour, stated that though the initiative was laudable, there was the need to ensure that there would be strong checks on the farmers to ensure the replanting of the cocoa seedlings given to farmers annually.

“The reason we are so surprised about this situation is that we have raised so many concerns regarding the destruction of cocoa trees in the country. Earlier this year, almost four thousand acres of cocoa plantations were destroyed in Essikesi in the Eastern Region for planting rubber and cattle grazing but we never saw any reaction from COCOBOD. They said nothing about it.”

“On the issue of the swollen shoot disease, I think it is a good idea that they are replanting the trees. However, it seems they have been causing financial losses despite the many years that COCOBOD has spent planting cocoa and other crops. Why am I saying this? In the last few years, we planted 60 million seedlings. These seedlings were given to the farmers, but can COCOBOD tell us how many of these seedlings have been planted?  The rehabilitation is good but there are millions of trees that are being destroyed for other purposes. What is COCOBOD doing about this?” he said.

Within the last 10 years, the rate of production of cocoa in the Sefwi area of the Western North Region has dropped from 340,000 tonnes to 140,000 tonnes a year.

The downward trend has been attributed mainly to the devastating effects of the swollen shoot disease.

Earlier this month, the Western North Regional Manager of Cocoa Health and Extension Division, COCOBOD, Kwame Owusu-Ansah, said that close to 42 percent of the 500 thousand hectares of Cocoa farming areas in the Western North were affected by the swollen shoot virus disease.

He said there was no way of dealing with the disease by way of using chemicals and the only solution was to cut down the trees for replanting.

He further noted that replanting of cocoa trees had been done across ten thousand hectares of the affected cocoa farms that were cut down due to the disease.