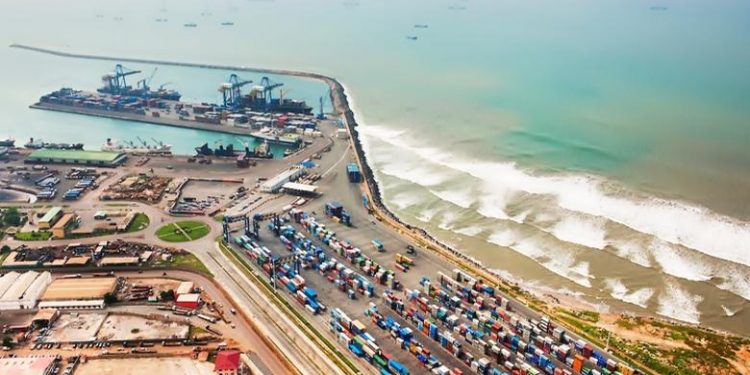 94
SHARES
1.5k
VIEWS
Share on FacebookShare on TwitterShare on Whatsapp

The Maritime and Dockworkers’ Union (MDU) of the Ghana Trades Union Congress (TUC) says the Meridian Ports and Services (MPS) has taken over the handling of reefer containers at the expense of Ghana Ports and Harbours Authority (GPHA) revenue mobilization.

The MDU revealed this on Monday at a press conference on the negotiations for the review of unfavourable clauses in the MPS terminal three concession agreement.

Mr Daniel Owusu-Koranteng, General Secretary, MDU, indicated that through some unproven allegations of reefer containers getting missing from the Reefer Terminal of GPHA, “The Ghana Revenue Authority has put up measures which had placed the handling of Reefer Containers in the hands of MPS in Terminal 3 thus denying GPHA of huge revenues though Reefer Containers are not covered by the concession agreement”.

Mr Owusu-Koranteng added that by that arrangement, MPS had become the beneficiary of revenues accruing from the reefer container business, which they described as a bonus on to top of the generous incentives provided in the concession agreement.

He recounted that the GPHA constructed its reefer terminal which had a capacity of 800 TEUs (Twenty-Foot Equivalent Units) equipped with two generators with generating power capacity of 1.2MVA.

They, therefore “call on the government to find a solution to the takeover of the Reefer Container business from GPHA under the cloak of loss of reefer containers as a matter of urgency” adding that genuine security lapses at the GPHA reefer container terminal must be fixed if they truly existed.

The Union stressed that “the directive of Ghana Revenue Authority (GRA) on Reefer Container Business amounts to throwing away the baby with the bathwater”.

Touching on the ongoing negotiation of the concession, he reminded the government that MPS terminal three projects was a good project with a bad agreement noting that it would result in the loss of substantial revenues of GPHA as there would be a reduction of stevedoring, shore handling works, port dues, terminal area fee among others.

The MDU General Secretary indicated that even though they participated in the negotiations of the agreement with the expectation of ensuring adequate revenue generation and job retention for GPHA, the MPS had turned the meetings into a forum for the protection of the investment agreement even if it would weaken GPHA revenue generation capacity and the subsequent massive job losses of its workers.

“After five (5) meetings of the negotiation team, the MPH group has maintained its position of proffering palliative solutions to the problem of revenue generation and job losses with the reason that they would lose their investment protection if they accept the proposals of GPHA. The irony is that whilst GPHA as a landlord needs the 20% of eligible vessels to survive, MPS wants to maintain its investment and profit levels gained from a flawed procurement process”.

Mr Joshua Ansah, Deputy General Secretary of the TUC, on his part, assured workers of the GPHA that the Union was solidly behind them in fighting for a favourable review of the concession as they were fighting for GPHA to keep doing what it had been doing for years.

Alhaji Abdul Rahman, National Chairman of the MDU, said the press conference was necessitated due to the obvious time buying at the negotiation table by MPS adding that “we cannot be part of a process that is deliberately buying time”.

The workers clad in red carried placards some of which read “no ashore handling company will function in 2020”, “Mr. President MPS CEO is a paymaster, what a deal”, “Mr President don’t sell the hen that lays the golden eggs, MPS needs review”, among others.