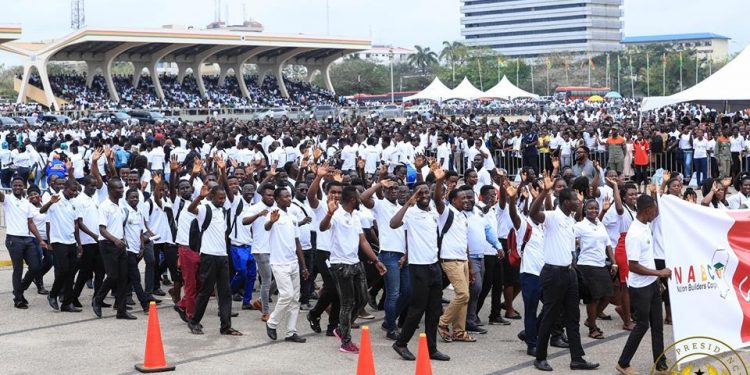 The move, he said, would give meaning to the PFJ programme, which was introduced by the government two years ago to supply farmers with subsidised farm inputs including; fertilizer as a way to boost the agricultural sector of the nation’s economy and improve the lot of farmers.

Dr Bin-Salih, who stated this at the first Regional NABCO anniversary celebration in Wa, added that the trainees were schooled on the PFJ modalities such as electronic tracking of fertilizers.

The PFJ programme was plagued with the menace of smuggling of the inputs, especially, fertilizers, to neighbouring Burkina Faso since its inception in 2017.

This led the Ministry of Food and Agriculture to suspend nine Municipal and District Assemblies from retailing fertilizers this year.

He also noted that the NABCO trainees were playing pivotal roles in the implementation of notable government initiatives including; the fight against illegal mining and digital property addressing systems.

On his part, Mr Umar Nuhu, Upper West Regional Coordinator of the NABCO, was happy some personnel were tagged with ‘name-callings’ in their various offices, saying “it is segregating and demoralising”.

He appealed to the implementing agencies to create an enabling environment for the personnel to work effectively towards national growth and development.

On payment of stipends, Mr Nuhu noted that the NABCO Secretariat was working to resolve all challenges to ensure regular payment of trainees’ stipends at the end of the month.

Heads of Departments and NABCO trainees across the region attended the event on the theme: “Investing in the youth, securing the future through opportunities for work and nation-building”.