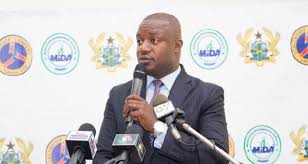 The National Democratic Congress says it will establish a Renewable Energy Authority as part of its efforts towards achieving the country’s plan on green energy.

He stated that, “On assumption of office the first thing we will do is to reform the sector. What we intend to do is to bring all thermal plants and have what we will call the Ghana Thermal Company so their focus will be on thermal energy. We also intend to have what we call a Volta lake/River Authority; we will bring Bui Dam, Akosombo dam and all the hydro dams into one company so they focus on the sector. But more importantly we will have what we will call the Renewable Energy Authority. Today the world is moving to renewables and for the first time since renewables started renewables seem to have increased compared to thermal energy.”

But the National Democratic Congress says it is committed to making key advancement in the country’s renewable energy sector.

The Institute for Energy Security had earlier demanded a lot more commitment from the governing New Patriotic Party and the National Democratic Congress in the renewal energy sector.

The Act seeks to empower the Bui Power Authority to develop renewable energy and other clean energy alternatives in the country.

The Energy Manifesto Dialogue was organized by the Institute for Energy Security (IES) with the focus of bringing key political actors to engage with various stakeholders on their policies and plans for the energy sector especially as the country prepares for the December Presidential and Parliamentary elections.