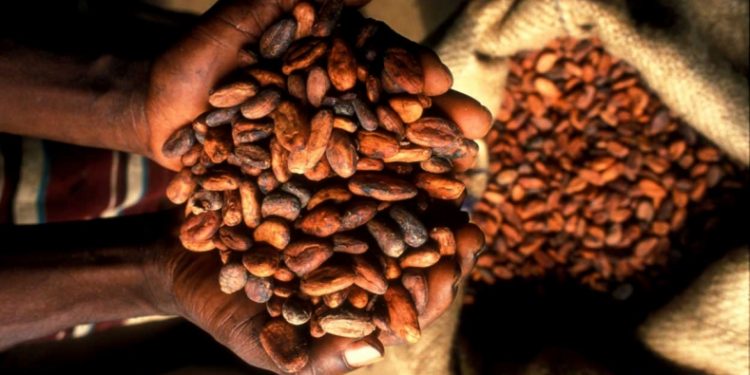 Nigeria and Cameroon have become the latest African nations to seek ways of jointly negotiating with cocoa buyers for a better premium, a move that is inspired by the decision of top growers Ivory Coast and Ghana to boost prices for their crops.

The plan suggested by Nigeria, the world’s fourth-largest cocoa producer, is part of a drive by growers in West Africa and Latin America to try to address a perceived imbalance between farmers’ incomes and money made by big commodities traders.

Ivory Coast and Ghana, which account for nearly two-thirds of global output, have imposed a fixed “living income differential” of $400 a tonne on all cocoa contracts sold by either country for the 2020/21 season.

Despite being the world’s leading cocoa producers, the two countries exert limited influence over international prices. Cocoa producing countries have sought ways to protect farmers from market swings after global overproduction sent prices crashing in 2016-17, and oversupply has meant a slow recovery.

World Cocoa Producers Organisation Vice President Sayina Riman, who doubles as president of the Cocoa Association of Nigeria, said Ivory Coast and Ghana had effectively agreed a $400 per tonne premium above global prices for their cocoa, and that Nigeria wanted to follow suit to protect its farmers.

Nigeria and Cameroon both account for around 10% of global production and have the potential to more than double output within five years, Riman said. The countries share a border and similar weather.

Nigeria has had informal discussions with Cameroon, Riman said.

“We are talking to Cameroon to see if we can become a regional bloc … and see if we can get our buyers who know our quality to give us better differentials,” he said in a telephone interview.

“We need to approach it as a bilateral discussion,” he said.

Peru has said it would propose a minimum price of $3,200 per tonne to its regional growers, which together make up 17% of global output, after the moves by West African producers.

Riman said private sector representatives in Nigeria would hold talks with the government this month to map out a plan after which the country would formally engage with Cameroon.

He said Nigerian officials had also met with Dutch and British officials about boosting cocoa exports to Europe rather than selling beans through third party buyers in Asia.

Cameroon’s trade ministry is unaware of the Nigerian plans, said its spokesman, Serge-Eric Epoune, while a source at the country’s National Office of Cocoa and Coffee, who did not want to be named, said talk of the plans were just “rumours”.

Can Nigeria pull this off?

A top cocoa trader at one of the world’s biggest agriculture trade houses did not see how Nigeria and Cameroon could team up, because Nigeria does not have a central cocoa authority, unlike Ivory Cost, Ghana and Cameroon.

“I believe the Nigeria and Cameroon prices will move up in line with Ivory Coast and Ghana … because of supply and demand,” said the trader.

“If Nigeria becomes too cheap, everyone will buy Nigeria and the market will adjust higher automatically, but not because they teaming up,” the trader added.

There are fears the weather outlook could dampen output.