No data on ABFA expenditure in PIAC report 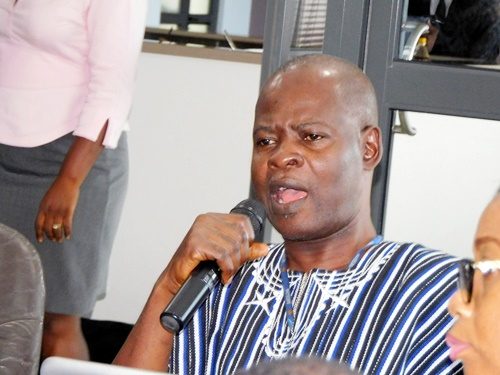 The Public Interest and Accountability Committee, PIAC, is demanding sanctions for institutions that delay in submitting data for its reports.

The Committee which has oversight responsibility in the management of petroleum revenue maintains that the development impacts adversely on its operations.

The Chairman of the Public Interest and Accountability Committee, Dr. Steve Manteaw in an interview with Citi Business News admitted to the delay in the submission of data by the various institutions at various times.

A classical case is the Ministry of Finance’s failure to submit data on expenditure for the Annual Budget Funding Amount (ABFA) after several alerts from PIAC.

According to Dr. Manteaw, a possible review of the Petroleum Revenue Management Act (PRMA) should address the concern.

“One would have thought that the various reporting entities would have complied with the provisions of the Act without an obviously set of sanctions. But as it is and like I pointed out, there have been several occasions on which certain agencies have failed to provide data on timely basis and which has affected PIAC’s ability to meet its timeline,” the PIAC boss stressed.

He added: “So I think the institution of sanctions will actually go a long way in ensuring compliance with respect to the provision of data.”

Provisions of the Petroleum Revenue Management Act require that institutions that are involved in the petroleum revenue management system, provide details on their operations for the year under review.

Per law, PIAC is expected to produce its semi-annual for a particular year in September of the same year.

But the full year report is expected to be published in March the following year.

By implication, now that PIAC has failed to publish its semi-annual report in September 2018 as expected, it is likely its 2018 full year report may extend beyond the March timeline.

Meanwhile other issues raised by PIAC in the semi-annual report are the failure by Ghana Gas to make payment to GNPC in respect of gas supplied.