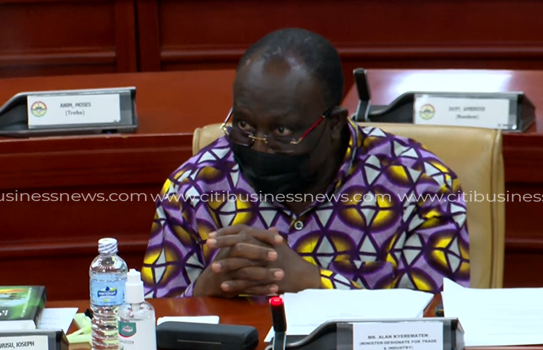 Minister-designate for Trade and Industry, Alan Kyerematen, says the common currency by West African states, ECO, still remains on the drawing board because of the inability of some of the member states to meet the common convergence criteria.

“We all agree that a common currency in ECOWAS will enhance trade between our countries. Unfortunately, we’ve not been able to move forward to achieve our objective because it is very difficult to be able to get all countries to achieve the convergence criteria at the same time,” he said before the Appointment Committee in Parliament last Friday.

He further indicated that plans are still underway to ensure the implementation of the currency for the West African community.

Mr. Kyerematen however explained that the current frustration is not an impediment to member states taking advantage of the African Continental Free Trade Area through an acceptable payment platform which will address multi-currency trading.

He stated that “I think that going forward, under the AfCFTA, there’s a new initiative called the payment settlement mechanism that allows every state party to be able to use their local currency to trade without the benefit of a common currency. So when this payment settlement mechanism fully activated, at least, temporarily, it’ll still facilitate trade as was intended by the common currency.”

The single currency programme is in line with the vision of ECOWAS to transform the sub-region into an economic and monetary union.

ECO was the proposed name for the common currency that the West African Monetary Zone planned to introduce in the framework of the Economic Community of West African States.

It was first planned to be introduced in 2003 but has suffered continuous delay due to the inability of the 15 ECOWAS countries to meet the 10 point convergence criteria they set for themselves.

These include an inflation rate of less than 5 percent, a budget deficit of not more than 3 percent of GDP and that each country has enough foreign reserves to cover at least three months of imports.

Though the Heads of State of ECOWAS countries have agreed to start issuing the currency, most of the economies are yet to achieve majority of the set criteria.