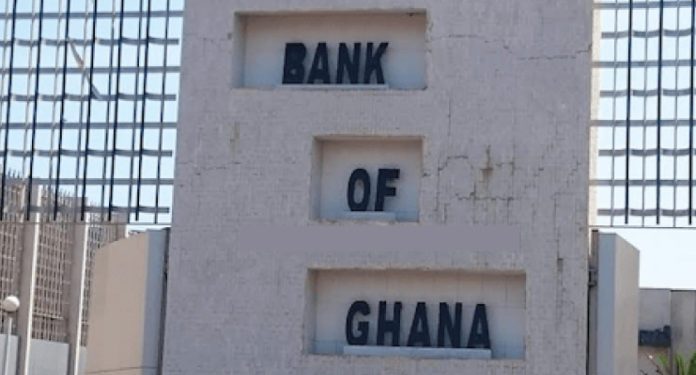 The Bank of Ghana is likely to announce a stay of the Monetary Policy Rate for a 6th consecutive time later today, Monday, March 22, 2021.

This assertion was made by some economists who have been sharing their view on Ghana’s economic outlook with Citi Business News.

The rate which is of keen interest to businesses does not only signal the rate at which the Central Bank will lend to commercial banks, it also subsequently influences average lending rates on loans to individuals and businesses.

The detection of coronavirus cases in March last year in the country did not just force individuals to panic buying and make adjustments to their lives, it also saw the Monetary Policy Committee reduce the policy rate by 150 basis points from 16 percent to 14.5 percent at the time.

The figure has since been maintained in May, July, September and November 2020 as well in January this year.

In an interview with Citi Business News on his expectations, Dr. Asuming said the high inflation rate which currently stands at 10.3% for February, is likely to lead to a stay of the rate.

“If you look at the recent reading, the headline inflation is up and all of the Bank’s measures of inflation have also gone up, so that tells you that underlying inflation is beginning to build up again. The Bank will probably also expect that there will be more inflation with the new taxes that were recently announced.”

“On the other hand if you look at the output side, the Composite Index of Economic Activity, I think we’ve seen the highest growth since COVID started, but if you look at the business confidence and the consumer confidence, they are both down which tells you that there are still some weaknesses in the economy. If I was in their position, I would keep it unchanged,” he added.

For economist with Databank, Courage Martey, the likely impact of rising oil prices will also influence a stay of the rate at 14.5 percent.

“We need to also be vigilant of what is happening on the world market for crude oil because that is also an upside risk to domestic inflation through ex-pump prices. Then also the most recent tax measures that were announced in the 2021 budget, that could also pose upside pressures to inflation and I expect the committee to be mindful of this outlook and on that note hold the rate steady.”

The unchanged policy rate means cost of loans will remain relatively the same at least for the next two months unless there is a change in some economic factors.

In its quest to review developments in the economy and take the necessary steps to ensure financial and economic stability, the Monetary Policy Committee of the Bank of Ghana in January maintained the policy rate at 14.5 percent.

That was the fifth time the Central Bank had maintained the policy rate at 14.5 percent.

In a statement issued by the Bank of Ghana, the Governor of the central bank, Dr. Ernest Addison, attributed the decision to the balance of risks to inflation and steady growth of the economy.

“Risks to inflation in the near-term are broadly contained, but short to medium-term risks emanating from the fiscal expansion and rising crude oil prices are emerging. Under these circumstances, the Committee has decided to keep the policy rate at 14.5 percent,” he said.

Touching on Inflation, a key driver of the policy rate, Dr. Addison explained that, “Headline inflation, while on steady decline in the early months of the last quarter of 2020, jumped in December to 10.4 percent, outside the target band of 8±2 percent, driven by food prices. However, the Bank projects headline inflation to return to target in the second quarter of 2021″.

The Governor however expressed fear about the renewed threat of the second-wave which could slow down economic recovery.

“In the domestic economy, growth has picked up since the sharp contraction in the second quarter. All the high-frequency indicators of economic activity have rebounded, consumer and business confidence levels are back at pre-lockdown levels, and there are indications of steady growth in private sector credit. However, the renewed threat from the second-wave of the pandemic has again heightened uncertainty and could hamper the recovery process in the near term,” he added.