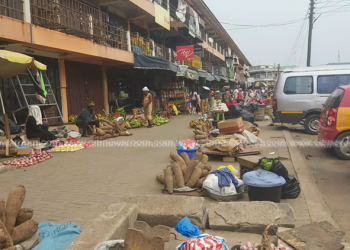 The prices of products increased in all localities by an average of 4.2% due to the occurrence of the COVID-19 pandemic.

This is according to a recent survey dubbed, the Local Economies Tracker, conducted by the Ghana Statistical Service (GSS) on the impact coronavirus had on local economies.

The survey, conducted in May and June, proved that the prices of products in all localities increased by an average of 4.2% in as much as there was a variation of reasons and conditions in various districts in the country.

This increase in prices influenced the inflation rates of May and June, which stood at 11.3% and 11.2% respectively.

The Government Statistician, Prof Samuel Kobina Annim gave more insight as to how these figures came about.

The situation with consumer price inflation

Prior to the announcement of the first cases of coronavirus in Ghana on March 12, 2020, consumer price inflation in the country had remained fairly stable for months recording 7.8 percent from January to March.

The annual inflation however jumped to 10.6% in April from the 7.8% in March, driven by higher food and commodity prices due to a rush for items, in areas affected by the government ordered lockdowns.

After witnessing general rises in the following months, with July recording an inflation of 11.4%, the month of August recorded a much lower inflation rate of 10.5%.

About the Local Economies Tracker

To understand the effect of COVID-19 on the local economies, the Ghana Statistical Service, in collaboration with the United Nations Development Programme (UNDP), conducted the Local Economies Tracker in all the 260 districts in the 16 regions of Ghana. 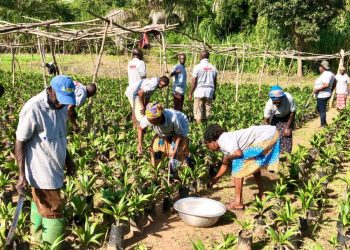 At Kofiase, a community in the Mampong municipality of the Ashanti Region of Ghana, members of a Village Savings and...