QNET – 22 years of overcoming the odds 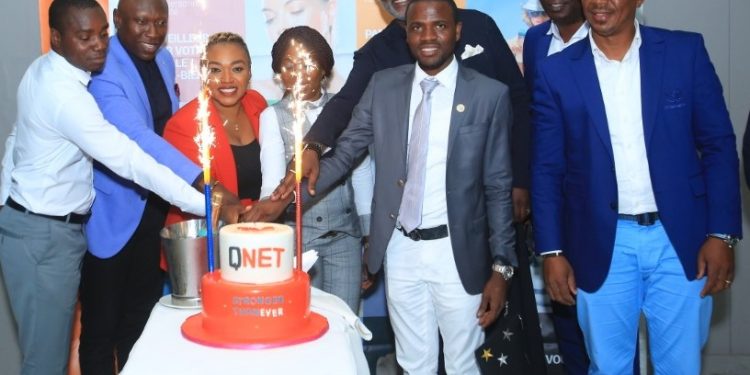 0
SHARES
1.6k
VIEWS
Share on FacebookShare on TwitterShare on Whatsapp

The world has changed dramatically over the last six months with Covid-19 reshaping everything familiar and predictable into uncertainty. A truly global crisis, the pandemic is expected to trigger the worst recession since the Great Depression impacting hundreds of thousands of people.

Yet, one industry, while initially impacted, has remained strong, bucking the economic downtrend plaguing many other businesses. The direct selling industry has always been known as recession resistant. But now more than ever, as people lose jobs, tourism dries up, and many other steady sources of income have disappeared, direct selling has emerged as a viable solution to help people tide through the tough times. This is especially true for those who relied on various new gig economy income sources such as ridesharing and vacation lodging rentals, which have experienced sharp declines.

QNET is no stranger to economic crises. The company was born at the height of the Asian economic crisis in September 1998 and has weathered many a storm since then. Over the past 22 years, QNET has continued to grow and expand its business around the world, persevering through the outbreak of SARS in Asia in 2002, MERS in the Middle East in 2012, Ebola in West Africa in 2014, and the global economic recession of 2008.

Despite the many setbacks and downturns, QNET, a prominent e-commerce based direct selling company, has only grown in strength as new customers discover its unique products and services and many more aspiring individuals sign on to become entrepreneurs through its innovative network marketing business model.

Given the growing impact of Covid-19 on the world economy, direct selling has emerged as a life-changing opportunity for the enterprising. While traditional businesses are facing severe obstacles in connecting with their consumers during this time, QNET’s network of individual direct selling distributors has remained sufficiently agile to quickly adapt to the new norm.

The pandemic has inadvertently catalyzed a digital transformation in the way direct selling businesses grow. More and more people have become accustomed to e-commerce, buying the most basic items through online platforms, and successfully building networks through online communications.

QNET, considered an early adopter of e-commerce in the direct selling industry, was ironically founded at the heels of the dotcom crash. It was a time of opportunity for a group of young Asian entrepreneurs who were reeling from having just discovered that an American Direct Selling company they were associated with, had disappeared overnight leaving more than 1,500 people without direction.

Out of this crisis, the seed of the idea for a new company to support their team, was planted. That was the beginning of the company that has grown to become QNET.

Today, QNET is known as a pioneer of the direct selling industry in many emerging economies; a company that has enabled a diverse global community to rise through solutions that empower entrepreneurship and enhance lifestyles. A company that has helped many families through the creation of a sustainable supplementary income and has changed lives for hundreds of thousands of aspiring entrepreneurs in emerging markets in Africa, Middle East, the Indian sub-continent, and South East Asia.

The global direct selling industry is worth more than USD 180 Billion* and has been steadily making inroads into the Africa and Middle East regions. In fact, both these regions are seen as the new frontier for the direct selling industry. The world body for direct selling, the World Federation of Direct Selling Associations (WFDSA), issued its annual statistical report for the year 2019 recently, showing the collective Africa & Middle East region achieved double digit growth of 11.6 per cent against the previous year.

Both sub-Saharan Africa region and the Middle East are growth markets for QNET, which most recently opened an office in Cote d’Ivoire in West Africa. QNET has also had a presence in East Africa through a local entity in Rwanda for many years while the UAE has served as the company’s regional headquarters for the Middle East for nearly 15 years.

With the rise of the gig economy in the last few years, there are many more opportunities available for those looking to make an additional income with control over their time. Direct selling companies the world over find that they are competing with the influx of flashy new businesses that offer side hustles. QNET recognises this and is focused on continuously innovating and improving its product offerings, customer experience, marketing, sales strategies, and compensation plan, to help people build a business that lasts. The QNET business is not just about earning an income, but about building a community and affecting positive change in people’s lives and their local communities.

The Best Products in the Right Business

From its earliest days, the e-commerce platform has been central to the QNET business. It has helped aspiring entrepreneurs build their business in a borderless environment, helping to connect people and products from distant communities seamlessly.

QNET’s portfolio of high-quality, life-enhancing products range from everyday consumables to high-end luxury items and are tailored to suit a wide demographic of customers. The company works with both leading international manufactures as well as small and medium enterprises supporting local economies to develop its diverse range of products. For example, QNET’s bestselling range of water filtration systems are developed by a leading Research and Development facility in South Korea, the personal care range is manufactured in Switzerland and Germany, the watches are handcrafted in Switzerland, the nutritional supplements are sourced from Australia, Malaysia and Japan among other places.

In India, the company supports several social enterprises by sourcing its consumable products through them. In recent years QNET has partnered with accredited institutions from Switzerland, United Kingdom, and the United States of America as well as prominent educationists to develop a range of e-learning courses for customers in many emerging economies in Sub-Saharan Africa. These courses are also endorsed by the Quest International University in Malaysia.

In a testament to technology adoption, QNET recently transformed its flagship bi-annual Customer Convention into a virtual event to conform with safety measures during the pandemic. The convention which typically attracts around 20,000 participants to Malaysia each year debuted as the V-Convention Connect on QNET’s streaming platform and attracted approximately 200,000 attendees from more than 50 countries.

Participants were treated to an enriching and immersive experience with simultaneous translations in 13 languages. The event included training programmes, product launches, business updates from the company, spotlight on success stories, and even an online recognition event for top performers.

The Future of Direct Selling

Before envisioning the future of the direct selling industry, it is important to look at historical trends. In a turbulent world, direct selling has always remained steady and maintained relevance. Despite the dramatic increase in competition from e-commerce giants and the rise of the gig economy, this industry has maintained stability through all the changing trends.

Given the current situation with the pandemic, and the likely second wave of lockdowns that continue to plague some of the most important global economies, more traditional forms of employment and the new age gig businesses have taken a back seat. Direct selling companies have found innovative ways to adapt and evolve, finding new ways to engage with their loyal customer and distributor base.

QNET recently won a Bronze Stevie® Award for its use of Social Media during Covid-19 at the 17th Annual International Business Awards®. The award recognized the company’s initiatives in engaging with its audience effectively and supporting them with useful information even as the pandemic brought life to a standstill around the world.

Despite the challenges, QNET has shown that its business can overcome all odds as both the company and its loyal distributor base have adapted quickly and seamlessly to the new normal.