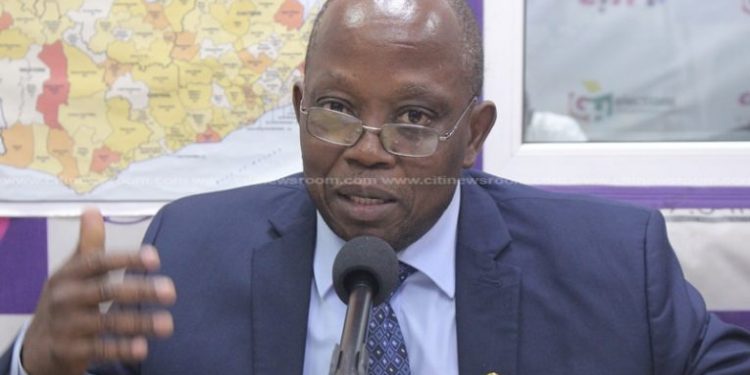 The Auditor-General, Daniel Domelevo, is urging President Akufo-Addo to reconsider the directive to proceed on his accumulated leave.

In a letter to the Presidency, Daniel Domelevo said the directive breaches the labour law and is unconstitutional.

He also contends that based on recent labour law and practice, “no worker is deemed to have accumulated any leave on account of their having failed, omitted, neglected or even refused to enjoy their right to annual leave, which the law guarantees for their benefit, not the employer.”

“I consider it an honour to be of service to the State and urge that you reconsider the directive in order to protect the sanctity of the labour law, the constitution and the independence of the Auditor-General which is of utmost importance in so far as ensuring that the constitutional principles of probity, transparency and accountability are concerned,” he added.

On June 29, 2020, the President asked Mr. Domelevo to proceed on his accumulated annual leave of 123 working days.

Mr. Domelevo has made use of nine out of his 132 annual leave days since assuming office in December 2016, according to the presidency.

The first part of section 20 indicates that: “In any undertaking, every worker is entitled to not less than fifteen working days leave with full pay in any calendar year of continuous service.”

Section 31 says: “Any agreement to relinquish the entitlement to annual leave or to forgo such leave is void.”

It also cited as precedent President John Atta Mills asking the then Auditor-General, Edward Dua Agyeman, to also proceed on his 264 days accumulated annual leave back in 2009.

As part of the directive, Mr. Domelevo was to hand over his responsibilities to the Deputy Auditor-General, Johnson Akuamoah.

But he feels such a move would have “serious implications for the constitutional independence of the office of the Auditor-General.”

Mr. Domelevo said he had observed that his work was “embarrassing the government” based on the posturing of some ministers and correspondence he had had with the Chairman of the Audit Service Board who he noted works at the Office of the Senior Minister.

He also noted that the Presidency “must have been aware also that several appointees of the President, have not, since the year 2017 taken their annual leave to date.”

“The direction therefore that I proceed on leave, oblivious of the other workers similarly circumstanced, gives the impression that the decision is not taken in good faith,” he added.

Following the directive, some observers have criticized the Presidency describing it as unconstitutional.

A Labour Consultant and a former Deputy Minister for Employment and Social Welfare under the erstwhile NDC government , Austin Gamey, stated that the concept of accumulated leave, which is mostly prevalent in Ghana’s public sector, is not backed by the labour law.

According to him, per Section 31 of the Labour Act, unused leave periods are forfeited and not automatically rolled over as accumulated leave as has been described.

Also, Anti-corruption campaigner, Vitus Azeem, said the directive threatened the independence of the Auditor General’s office. He felt such a directive should have come from the Public Service Commission.

In May 2020, Mr. Domelevo was found guilty of contempt for failing to respond to the suit filed by the Senior Minister who is challenging a $1 million surcharge on him.

The Senior Minister and four other officials from the Ministry of Finance sued Mr. Domelevo to clear their names in relation to what was said to be breaches of the Public Procurement Act (PPA) that resulted in their payment of US$1 million to a private UK firm, Kroll and Associates.

They maintain that the Auditor-General erred in law and professional procedures.