More than 600,000 companies could have their names deleted from the database of companies, the Registrar-General, Jemima Oware has stated.

According to her, these registered companies have been dormant for a while, and have not shown any signs of renewing or updating their records with the Registrar-General’s Department.

The companies are part of the over one million companies registered with the Registrar-General’s Department.

Speaking to Citi Business News on the sidelines of a seminar by the Institute of Directors Ghana on Director Responsibilities in the New Companies Act 992, Mrs. Oware said the defaulting companies will be given a time frame to correct any anomaly that may apply to their registration, and that failure to do so would require a penalty followed by their companies being expunged from the database.

“We have over a million companies on the register, but many of them are not doing any serious business. So we are going to come up with a notice very soon. If you know you have a business and you are not interested in carrying on, just inform us so we take it off the register.”

“But if you are doing serious business, there will be a need to update your records by being re-registered by getting unique tax identification numbers for all your directors, shareholders; get a digital address, file your audited and annual financial statements,” she said.

According to her, the Registrar-General’s Department plans on publishing a list of all companies that are not in good standing and are up for possible deletion.

“My plan is to put out the names by next month and start the process. If you don’t want that kind of embarrassment, then you come to the office and update your records; because clearly, about 400,000 are the ones doing serious business,” she added.

The Companies Act, which was passed last year, replaces the older version which was in existence for more than fifty years.

One of the objectives of the new law is to inculcate modern practices as well as well as ensure an effective corporate governance regime among registered entities. 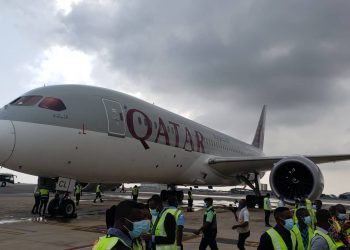 Qatar Airways has commenced operations in Ghana with its first flight arriving at the Kotoka International Airport on the morning...