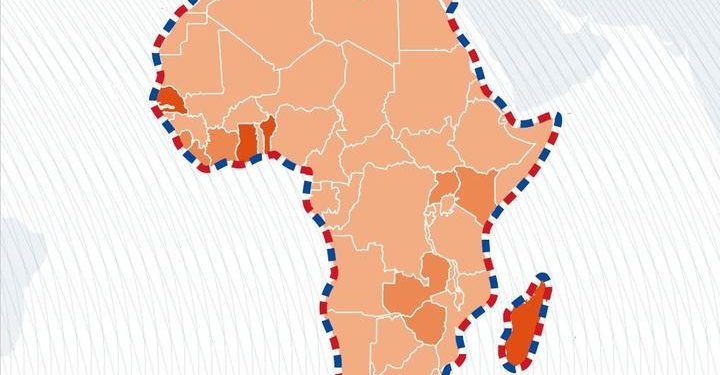 Remittance flows into Sub-Saharan Africa (SSA) increased by 10.3% to US$46.2bn in 2018, and provisionally rose again in 2019, according to updated World Bank figures released in October.

The sum comfortably surpassed foreign direct investment (FDI) inflows of US$31.6bn in 2018—based on the latest World Investment Report from the UN Conference on Trade and Development (UNCTAD)—highlighting the importance of remittances to the balance of payments and the wider economy.

Commenting on the development, the Economist Intelligence Unit (EIU) explained that FDI may be more valuable on a per-dollar basis than remittances, of which a significant portion is used for consumption or for investment in less productive assets (such as real estate)—and sometimes for political party funding—while FDI is more volatile, is often focused on minerals and oil (which have limited employment potential) and can be withdrawn.

“Diaspora remittances will continue to make a vital contribution to several SSA economies, facilitated by information and communications technology (ICT), although, as with FDI, not all countries are benefitting.” the EIU said.

Certain conditions need to be met for a country to receive a high level of remittances.

According to the World Bank report, the key requirements are a sizeable expatriate population (preferably skilled and living in richer countries) a functioning banking system (both to facilitate and to measure financial flows) and, increasingly, an accommodating ICT environment, to speed up transfers and reduce their costs, which remain high in most parts of SSA.

Countries with close links to the former leading colonial powers, the UK and France, are well represented in the remittance league.

Topping the SSA remittance league table is Nigeria, by a large margin, with inflows rising by 11% to US$24.4bn in 2018—dwarfing FDI of US$2bn—and accounting for more than half of the regional total.

Nigeria’s dominant position stems from having the largest population in SSA (191m) and high levels of remittances per head.

In per capita terms, a slightly different picture emerges. Excluding four small island states (Cabo Verde, Comoros, São Tomé and Príncipe and Seychelles), the leading per capita recipient is Lesotho—on US$201 per head—because of large flows of migrant workers to South Africa.

Kenya lies in 11th place on US$58 per head. The top 10 countries in terms of remittances as a proportion of GDP are very similar, but South Sudan and Mali enter the list at the expense of Djibouti and eSwatini.

Stronger in FDI but weaker in remittances are Congo, Mozambique, Tanzania and Ethiopia, with the latter suffering from weak, state-run banks and ICT firms.

Planned reforms in Ethiopia, including the opening of closed sectors to private firms, could give a major boost to remittances, given its large expatriate population, especially in the US.

Conversely, Mali, Senegal, Togo and Zimbabwe are weaker on FDI but stronger on remittances. As a qualification, however, measuring flows of both FDI and remittances in SSA is difficult and the data are subject to frequent revision.