by Pius Amihere Eduku
in Business, Oil And Gas 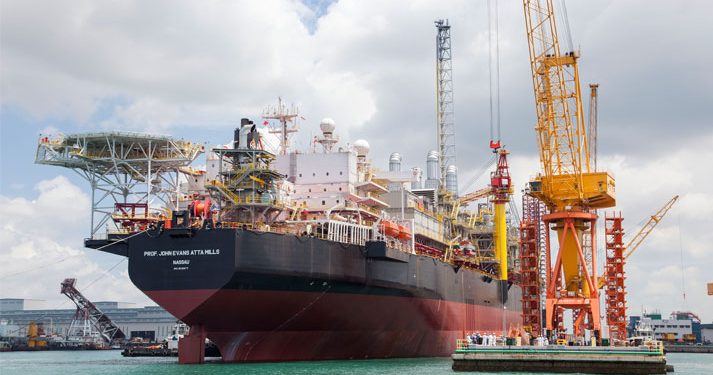 The government risks being slapped with judgment debts if producers of fuel and power fail to comply with terms of proposals to cancel take or pay clauses in the energy sector.

That is the comment from Executive Director of the Kumasi Institute of Technology, Energy and Environment (KITE), Ishmael Edjekumhene.

It follows the disclosure by the Finance Minister, Ken Ofori Atta that the take or pay clause is having a toll on the nation’s finances which is impacting on revenue.

For a greater part of his presentation to Parliament on Monday, the Finance Minister lamented the impact of the take or pay clauses on the national finances.

The clause means that the government pays for fuel or power produced whether or not it uses them.

For instance, the take or pay clause in the agreement involving oil production by ENI and its partners on the Offshore Cape Three Points (OCTP) is making the government to pay 51 million dollars monthly for unused gas produced at the site.

A situation Mr. Ofori Atta says needs to be stopped.

But Mr. Edjekumhene intimated to Citi Business News this may not come easy.

“If the government is able to get these take or pay contracts reviewed, then that will be a great impact but the question is whether the producers are ready to talk and whether they will agree to the terms and at what extent,” he noted.

Considering the fact that the NPP government inherited about thirty Power Purchase Agreements, it will face a relatively daunting task to get the various producers to agree to their terms.

According to Mr. Edjekumhene, a complete cancellation of the take or pay clause may lead to judgement debts which the government will have to contend with.

“There will only be judgement debt if somebody refuses to reach an agreement but of collectively there is an agreement to buy the terms of the agreement, then that may not be the case as there will be a negotiated settlement,” he added.