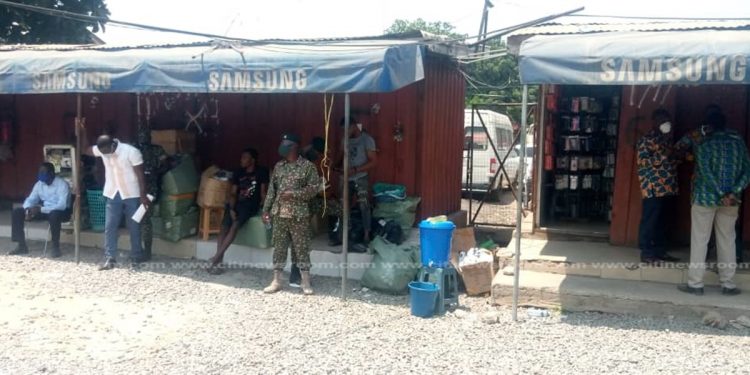 The Committee on Foreigners in Retail Trade on Thursday, August 13, 2020 locked up shops of foreign nationals at Tiptoe Lane near the Kwame Nkrumah Interchange in Accra.

According to the taskforce, the exercise was in line with recommendations from the committee probing the impasse between Ghanaian traders and the foreign counterparts over foreign participation in retail trade.

Prince Boakye, the Public Relations Officer of the Trade Minister, explained that: “Our presence here was not to check whether anybody has met the criteria, our presence here was to lock up shops that we have identified not to have complied. This is not the first time we have been here and that is why you’d realize that we have been at Abossey Okai from Monday. While we were there we did not lock up any shop because that’s the first time we’ve been there”, he said.

The exercise however experienced some resistance from the foreign traders with a number of them insisting that they had met all the requirements.

But the leadership of the Nigerian Traders Associations called for calm amongst its members and urged them to comply with authorities. 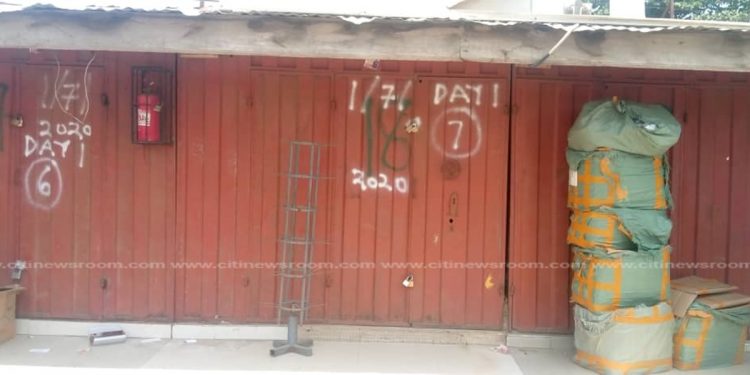 President of the Nigerian Union of Traders Association Ghana, Chukuemeka Nnaji, addressed his colleague traders and told them that: “If someone who is hosting you doesn’t want you anymore, you don’t force yourself on them. Be quiet and don’t react. If they want to check your documents, let them check and if they want to close your shop, allow them”.

During his last tour of the Greater Accra Region, the President, Nana Akufo-Addo, engaged members of GUTA and directed the Ministry of Trade and Industry to put in place measures through its Committee on Foreigners in Retail Trade (CFRT) to deal substantively with the impasse arising from foreigners trading in the retail markets.

The Ghana Union Traders Association was then admonished to allow the existing Task Force set up by the CFRT, which is composed of representatives of various regulatory institutions, to fully enforce their regulations in order to ensure full compliance by foreigners engaged in retail trade.

Following a meeting held by the CFRT, it was decided that there would be an inspection of all shops closed by GUTA in designated operational areas.

These shops were to be opened for assessment by the Task Force and shops that were already opened would also be inspected.

Some key public sector institutions including Ghana Standards Authority, Ghana Investment Promotion Centre (GIPC) Ghana Revenue Authority, Ghana Immigration Service, Registrar General’s Department and the MMDAs would assume responsibility under the command of the Task Force for the inspection and verification of documents of shops identified as foreign-owned.