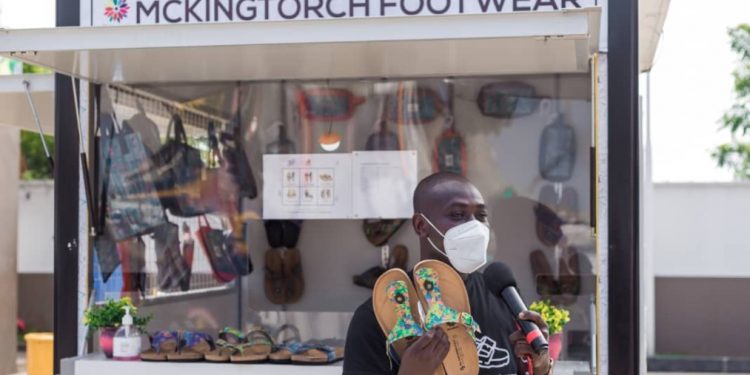 With a population of nearly 2.9 million, Accra is a rapidly growing capital, producing nearly 2,000 metric tons of waste each day, of which only an estimated 60% is collected.

As a result, uncollected plastics obstruct the drainage systems, are burnt illegally, or end up in streams and the ocean, choking sea life and breaking into tiny particles that end up in the food chain.

But in a small lab in Adentan, Makafui Awuku and his team at Mckingtorch Africa have found a solution to the country’s waste problem.

Speaking to Citi Business News, Mr. Awuku stated that their facility has the potential to transform the footwear industry.

He also explained the process of turning the plastic waste into the sandals.

“We go round town to buy the plastic waste from plastic waste pickers, or we pick it ourselves because we have volunteer groups. Then we send the waste to the recycling hub of Ghana in Cable and wireless at Darkuman. After that, the waste is crushed into small pieces, then it’s transported back to our facility where it is sanitized with rubbing alcohol, then it is dried and turned into a leather-like material through a process that I innovated over the last 8 months. This material becomes a raw material for the production of the sandals and bags,” he said. 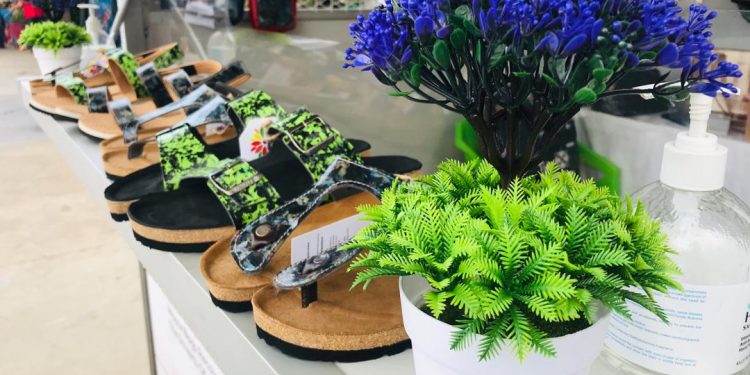 Though recycling requires resources and other things to keep it running, Mr. Awuku explained that the business has grown to be viable.

“Recycling is not that cheap. People think it is cheap because it’s from waste around us but then the waste value chain is a very complicated one which means that the profit margins are very small. If you don’t have the courage you cannot work in this space or to even think of creating something that can bring in profit and create jobs,” he said.

Though Mckingtorch Africa is looking to produce over 5,000 pairs of sandals in the next 12 months and recover over 7 tons of plastic waste bags through the project, Mr. Awuku outlines some of the challenges that he faces.

“One of the biggest challenges of the waste sector is the sourcing of the waste. Even though there is a lot of waste in the environment of Ghana, when it comes to accessing it as a raw material for production, it’s very difficult. It’s either contaminated or the cost of acquiring expensive. Then also funding is a big challenge. There is also the taxing aspect. We are expecting government to provide some tax waivers, and some funding opportunities,” he added.