“Solar is cheaper in the long run” 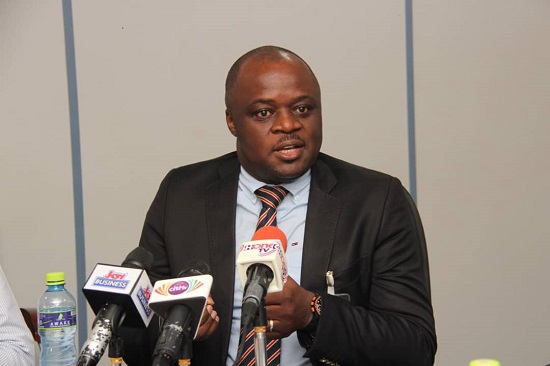 Share on FacebookShare on TwitterShare on Whatsapp
ADVERTISEMENT
Mr. Firmin Nkamleu Ngassam, the Managing Director of solar energy designing, developing and installation company, Yingli Namene West Africa, has advised businesses in the country not to allow the upfront cost of solar plant installations to deter them from adding the resource to their energy mix.
He said although many solar installing companies required upfront payments from their clients, Yingli Namene had structured a special financial arrangement that allowed interested companies to pay monthly for the plant and the energy consumed.

After a period of time, he said the plant then becomes the property of the client – making it possible for the client to reduce reliance on the national grid.

This, he said ensured that solar maintained its record as a cheaper energy alternative to the national.

He, therefore, advised businesses interested in adding the resource to their energy mix but deterred by the upfront cost to contact Yingli Namene for expert advise.

Mr. Ngassam was speaking to the media at the tour of a 400.4 kilowatts per hour (kWp) plant that the company installed for an indigenous beverage manufacturer, Kasapreko Company Limited.

The plant, which is the first of its kind, was financed by CrossBoundary Ghana Limited under a special arrangement that allows Kasapreko to pay on a monthly basis.
Using that as an example, Mr. Ngassam said Yingli Namene and its partners provided Kasapreko with “an opportunity to have solar without upfront payment.

He said his outfit was impressed that Kasapreko had taken the lead by going solar and expressed the hope that the gesture would motivate other manufacturing companies in the country to add solar to their energy mix.

“We are proud to say that the standard is a European standard and executed by Ghanaians,” he said.

He said the company was formed primarily to make solar available to businesses to help reduce their cost of operation and carbon emissions.

On his part, the Managing Director of Kasapreko, Mr. Richard Adjei, said the company was making monthly savings of GH¢10,000 since it started using the solar plant in November last year.

“We pay on a monthly basis, which is cheaper than ECG and so we save every month but after a couple of years, the system becomes ours,” he said.

Asked if the system was reliable, Mr. Adjei said: “it is very, very reliable.”

He said the plant helped to reduce its reliance on the national grid by 3.8 percent. It hoped to reduce the reliance to about 16 percent when a second phase of the project comes board and ultimately to 20 percent as part of efforts to help reduce cost.

Mr. Adjei also advised manufacturing companies to look to solar in their bid to reduce their energy bill.