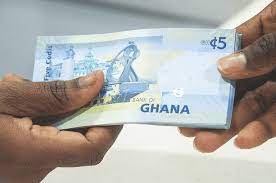 Ghana just celebrated its 64th independence from British colonial rule. We have heard and followed many nostalgic stories from the past of the vision of our forebearers, our culture and heritage and all these gives us a sense of pride. But the question is, how long are we going to remember and celebrate the glory of yesteryears if we do not take practical steps towards our financial independence, the key to a dignified life.

Shall we allow the toils of Pan Africanist like Osagyefo Dr. Kwame Nkrumah, Marcus Garvey, W. Dubois, Uhuru Kenyatta, Thomas Sankara, Samora Machel etc who pushed for African unity for economic and political independence go down in vain? Our First President Dr. Kwame Nkrumah was seen as the figure who drove down the need for Pan Africanism and the need for political liberation hence the quote “The forces that unite us are intrinsic and greater than the superimposed influences that keep us apart. Independence of Ghana is meaningless unless it is linked with the total liberation of the African continent!” It can be inferred from the quotes that there was hunger for political freedom and liberation, but can political independence alone be enough to restore the dignity of Africa? The answer is no! This article seeks to discuss the need for financial independence and then suggest what can be done by individuals at the micro level to propel financial independence.

Politically, we are independent but financially/economically, we are not. From all that history tells us, our forebearers had beautiful vision of how Africa should be in terms of economic development. Things did not turn out well since many African countries are still import dependent, while exporting unprocessed commodities leading to lower than expected revenue. Citizens complain of how poorly their countries are faring but even in the midst of these challenges, there are many Africans and Ghanaians for that matter who are living dignified lives because they have worked towards their financial independence.

I believe government have a role to play in economic development and provision of basic things to support economic growth but individuals equally have roles to play. If we all play our part and work towards our personal financial independence, cumulatively it can push our governments to do better since citizens would be well placed to push government to come up with policies that would stimulate economic growth.

What is financial independence?

There is no specific definition to financial independence but there are certain indicators that shows whether or not a person is financially independent. The indicators are; In the short term, can my family and I survive for at least six months without a monthly salary? In the long term, can I retire without the need to go back into the 8am to 5pm rate race? But largely, financial independence is the status of having enough income to pay one’s living expenses for the rest of one’s life without having to be employed or dependent on others.

Why is it difficult to attain financial independence?

Many people find themselves in dire financial state because they have not paid particular attention to the rudiments of financial independence by having a personal finance plan that would propel them to have a budget to guide their expenditure.

Once there is no budget in place, they find themselves having reckless financial life taking decisions that makes them impoverished and therefore depend on friends and relatives that are working.

Financial independence can be likened to weight management, every obese and overweight person knows they should check their diet, rest well and exercise to get in shape but the will power to do is often the problem.
Same can be said of holiness. Many religions preach the need to be holy and pure but a few are able to live up to that standard. This means that, as far as getting worthwhile things in life, determination, commitment and consistency are greatly required. To be financially independent, people need to develop positive habits like savings, investment and strict spending habits.

Others have a sense of financial independence because they are single and have little or no family obligations. Their status thus changes when they get married and have to be responsible for physiological needs under Abraham Maslow’s theory of needs such as shelter, food and security.

Financial independence is not only about the short term. It should be a plan that caters for the short, medium and long term needs.

The question to ask is, what is the source of your financial independence? Is it your business or your spouse? Would that status change when the source is no longer there? The same applies to holding political positions, political office holders are entitled to benefits that the average person is not privileged to have. So they feel they are financially independent but in reality that is not the case.

The big question is, if you are financially independent now, what are you doing to protect that source? Can the center still hold without the same source?

There are also instances where people are deemed to be financially independent when they are single and that status actually changes when they are married or when they start bearing children. All this attest to the fact that financial independence is not a destination but a journey that needs to be conquered at all stages through calculated strategies.

Do you crave a life without financial constraints?

The decision to invest should be made based on sound judgement fueled by due diligence on the company they intend to invest with. In order to protect their investments, investors should invest only with licensed financial institutions, those practicing good corporate governance and also consider the experience and expertise of its senior management.

Investor always crave for good returns which is good. It is however advisable to not to gamble with the money because the safety of the money is as equally important as the returns of the investment. What is the point if you make so much returns on your investment but cannot access it when you need it as it might be locked up in some bad investment somewhere. Focus not only on the return on investment but RETURN OF THE INVESTMENT!

Investors investing for the purposes of financial independence should track their investments often to ascertain if they are meeting their financial objectives. They can arrange a meeting with their investment service providers if they have concerns. It is always rewarding to be an active investor.

We have all heard of people who were seen as financially independent until a health disaster strikes that makes them incapacitated and permanently takes them out of their jobs which is their main source of funding their financial independence. What if they have no life assurance policies in place to cushion them? How about the medical emergencies that requires several thousands of Cedis? If you have no health insurance to fall on or no employer to take up that bill, you may have to resort to your life savings or investments.

Why is financial independence important?

It is dignifying to be financially independent. It affords the individual the opportunity to take care of his or her personal expenses both needs and wants and it also means they are in an even better position to help others.
It makes retirement fun and calm. When a retiree is financially sound and has good health, life becomes very peaceful and calm.

Written by: Sophia Kafui Teye (BSc, MBA, GSE Cert. and CA Ghana (Student Member))
Author of the under listed books;
Start Right: A Guide to Financial Investments in Ghana
Overcoming Infertility: What to do When Childbirth Delays
Contemporary Parenting
Stepping up Your Life
Email Address: [email protected]
Disclaimer: Views expressed in this article are the personal views of the author and do not reflect the views of the organization she works for.