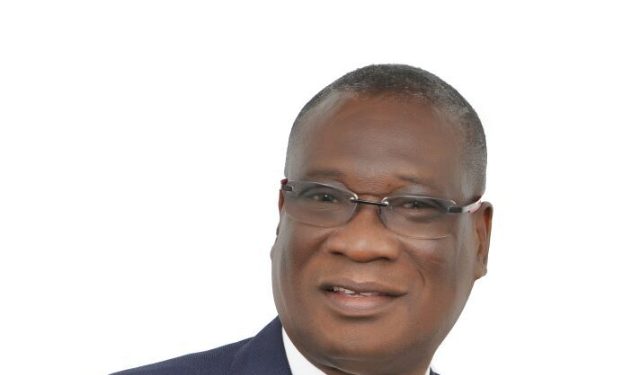 The Supreme Court on Wednesday dismissed a suit challenging the continuous stay of the Chief Executive Officer of the Ghana National Petroleum Corporation, Dr. K.K Sarpong in office, over claims that he had reached retirement age.

The court dismissed the suit after the applicant, a Deputy Youth Organizer of the opposition National Democratic Congress, Edem Agbana, abandoned it.

Mr. Agbana sought an order directing Dr. Sarpong to resign immediately from his position as CEO of GNPC because he has attained the retirement age of 65 for public office holders.

He also wanted an order for Dr. Sarpong to pay back to the GNPC all salaries, allowances and benefits he obtained from the GNPC from the date of attaining the age of 65 years to date.

According to him, Dr. Sarpong’s continuous stay in office is a breach of Article 199(1) and (4) of the Constitution.

Lawyers for Dr. Sarpong led by Kissi Agyebeng on Wednesday urged the Apex Court to dismiss the case.

They argued that, per the rules of court, Mr. Agbana should have filed his statement of case within 14 days of dragging Dr. Sarpong to court.

They said it has been 8 months since, but this requirement has not been followed.

This, he explained shows that, the NDC’s Deputy Youth Organizer has no intention of pursuing the case.

The court presided over by Chief Justice Anin-Yeboah dismissed the case.

What the law says

“A public officer shall, except as otherwise provided in this Constitution, retire from the public service on attaining the age of sixty years.

“A public officer who has retired from the public service after attaining the age of sixty years may, where the exigencies of service require, be engaged for a time but not exceeding five years in all and upon such other terms and conditions as the appointing authority shall determine.”