Survivors of 2014 LukOil helicopter crash yet to be compensated

by citibusinessnews
in News, Oil And Gas, Top Stories 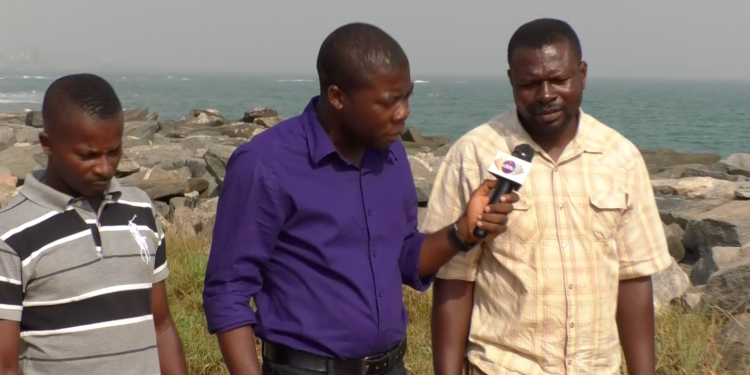 Some survivors of the 2014 helicopter crash that killed four petroleum workers off the coast of the Western Region say they have not received any compensation despite the conclusion of investigations into the crash.

The four persons who died in the accident which occurred on May 8, 2014, included two Ghanaians, a Nigerian and a French national.

The two of the survivors, who were contracted by Tonimo Metal Works to work for Mi Swaco, a sub-contractor of Schlumberger, which at the time was providing drilling services for LukOil, say although they have been severely affected by the accident, all attempts to secure compensation have not been successful.

One of the four survivors, Godfred Amankwah told Citi News since the incident, although their medical bills were taken care of by Schlumberger, an oil service provider, no compensation or whatsoever has been forthcoming.

“Ever since they discharged us, none of the companies has checked up on us to ask how we are even doing. We want to know if the helicopter that crashed didn’t have any insurance or whether the committee members have collected the insurance and they don’t want to pay to us,” he said.

The survivors complain after the incident they have not been able to work offshore as they are traumatised by the incident.

“After all the investigations, we collaborated with them and we only got to know the report was submitted to the Aviation Minister, no one has reached to us since then,” Richard Hanson, the other survivor said, demanding that government takes interest in the incident to set a right example for future cases.

A Local Relations Officer for the Petroleum and Chemical Workers Union in an earlier interview told Citi News the oil companies can do a lot to address the concerns of unfair treatment meted out to Ghanaian workers in the oil and gas industry.

According to him, the issue about the helicopter crash provides a cursory tale to the unfair treatment local workers in the oil and gas field suffer almost on a daily basis.

He argued that the Petroleum Commission must take a special interest in the welfare of workers in the oil and gas sector and ensure that whenever accidents do occur, the victims are taken good care of.