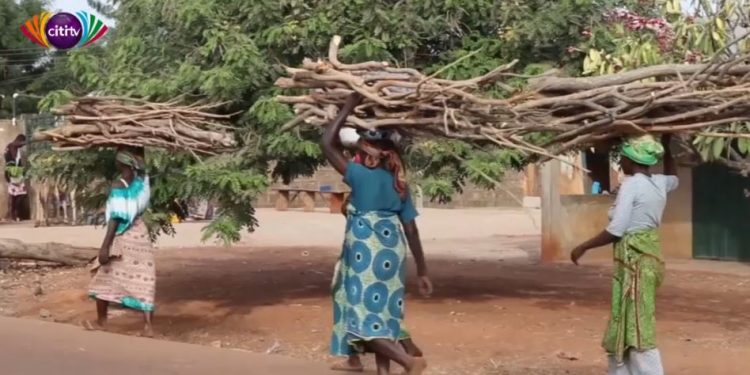 Widespread poverty in rural communities has forced most women in the North East Region to take up all kinds of jobs; even if it pays them a paltry sum.

The women in surrounding communities of the North East Regional capital namely, Dintigi, Namori, and Zarantinga among others, walk averagely between 10 to 15 kilometers to sell their firewood to town dwellers.

Although these communities are close to the capital, Nalerigu, they lack basic amenities and economic opportunities.

The people in such communities, particularly women, are at a significantly higher risk of living in poverty. This leaves an estimated 6.8 million Ghanaians in abject poverty according to the 2018 Ghana Standard Survey.

Among a group of women that were seen walking to the Nalerigu town from Dintigi to sell their firewood, was Lariba Mahami, who spoke to Citi Business News.

“We don’t have any work to depend on; that is why we have to rely on selling firewood as our business. If we don’t do that, we can’t get money to take care of our needs.” 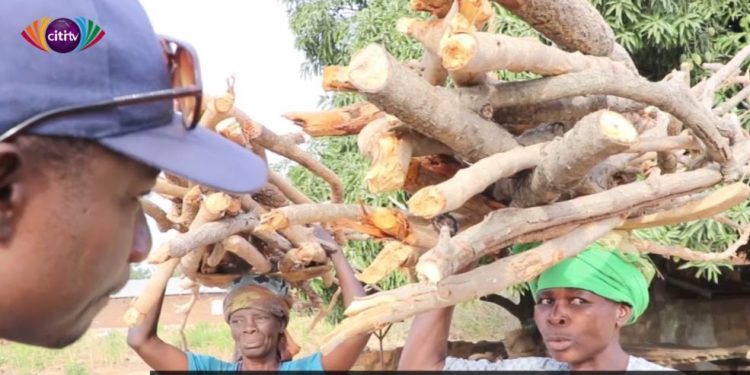 Another of the women, Mma Shetu, takes care of her four children by selling firewood, and she does this in all seasons.

“When we come here to sell, we can buy soap, cooking oil, and other ingredients because the profit isn’t that much; but how can you survive without it.”?

The constant harvesting of wood has depleted their community’s immediate vegetation cover.

Shetu said though they are aware of the impact their activities are posing on the environment, the urge to survive is a priority. 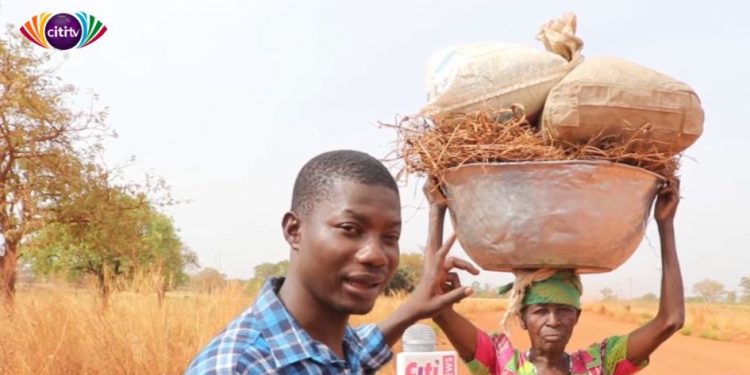 “We are not even getting the wood. In a year’s time we may not get wood to cut down.”

Most of the world’s extreme poor – about 80 percent – live in rural areas.

Their incomes depend largely on agricultural activities, either from work on their farms, or agricultural wage employment.

Numerous constraints however impede their economic inclusion in various sectors, such as insufficient access to basic infrastructure like water, electricity, sanitation, and roads, as well as health, education, connectivity, and markets.

When Citi Business News followed Sunka, one of the women selling the firewood until she found a buyer, it emerged that she only made a profit of GHS8.00, which is just a little over one US dollar.

“This 8.00 will buy everything. It will grind my grains; buy ingredients, cooking oil, soap and everything I need. You can see that is not enough.”

Although Sunka has children, they are also cut out of the broad economy due to lack of opportunities in the rural communities.

She says her children, who are into farming have no alternative source of income.

“If you can’t buy fertilizer; you won’t get enough yield to sustain you. That is why we continue to live in poverty. We don’t get the government support. If we were getting the LEAP, this is not how we will be living.”

With a basin full of dried yam vines, Bugri Damarabila, an elderly woman was spotted enroute to the Nalerigu market. 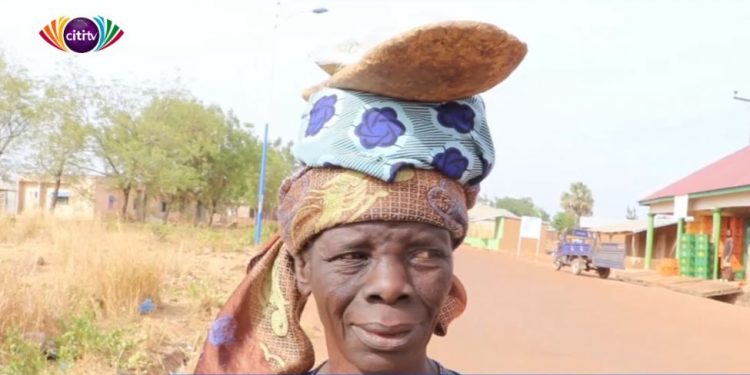 The entire pan she carried will only earn her GHS3.00 even though she has to walk several miles to sell it.

She says there is no alternative way to make a living.

“If I don’t go and sell this, I can’t feed myself. At my age, I still cook for myself. When I sell this, I can buy all the ingredients for the house including my cola nuts.”

Extreme poverty and hunger often go hand in hand, reinforcing the inter-generational transmission of poverty due to weaker strategies to eradicate the canker in communities that have fewer endowment and opportunities.

Cecilia Biwori, a housewife at Zarantinga, told Citi Business News that the wood becomes an alternative for households where husbands have nothing doing except peasant farming.

The UN estimates that more than 70 million indigenous people depend on the forests for much of their livelihoods.

He says the Pwalugu multipurpose dam if completed will change the outlook of households in the region.

“If you enter the forest you will see fewer trees around the area, it is already becoming a desert sort of thing. If we don’t put a stop to it, then the human race stands the chance of being eliminated. So as a new region the issue of climate change is high on our agenda.”

“We have already instructed all the MMDAs to mainstream climate change into their agenda. This tells you the level of poverty that is so endemic in this part of the world. Even though we know that it is not a good practice, under the circumstances until we provide them with alternative livelihood programmes, the women are compelled to be in the trade of wood selling to take care of their children.”

The United Nations says although considerable progress has been made over the years in reducing overall poverty, the welfare level of those who have remained at the bottom of the income or consumption distribution has stayed the same.