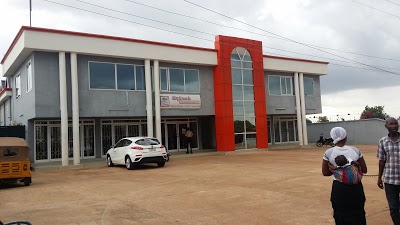 Aggrieved customers of MyBank Financial Services, one of the defunct Microfinance and Savings and Loans Companies in Tamale in the Northern Region, are demanding the payment of their locked up investments.

A group of customers in a petition to the Board of Directors of the defunct company, said they are disappointed in the managers of the financial institution for neglecting them since the collapse in 2018.

The customers, largely made up of petty traders, small scale farmers and pensioners, staged a mini protest in front of the company to demand their locked up cash.

According to them, since the collapse, management has not given them any payment plan. They claim management members have refused to pick or return their calls, and have failed to provide information to them.

They also alleged that, their checks show that the financial institution, which has been operating for about five years in Tamale, is not among the registered microfinance institutions with the Bank of Ghana.

When the group arrived at the office however, it had been locked, with no management member available to address their concerns.

“I have lots of cedis in that bank and somebody is just trying to take it. When we follow up on it, the Directors tell us they are working on it. But we are not seeing anything happening,” Alhassan Mohammed Awal, a customer lamented.

Fuseina Alhassan, another customer, stated that, “last year, I went there and the place was locked, so I asked and they said the bank has collapsed. I have tried calling them, but none of the Directors is responding to our calls. I can’t do anything because my capital is locked-up.”

The group later left the office premises to meet with one of the Directors of the defunct company where they submitted their petition.

The Director, Iddrisu Ishaw, who refuted claims that the company has not been registered, says they have written to the Receiver for validation of customers’ claims. He assured them that payment would be made, but could not be specific about any timelines.

“For now there is no management because the Directors are working with the Receiver to retrieve the locked-up cash. I will also follow up to the highest authority for everyone to get their cash, but I can’t make any promises. We are waiting for the Receiver,’ he said.

The Receiver appointed by the Bank of Ghana, Eric Nana Nipah, has been paying customers of the defunct Microfinance and Savings and Loans Companies and Finance Houses after validating their claims.

According to government, over 90% of customers have been paid, with the rest expected to receive payment this month ending.