by Richard Annerquaye Abbey
in Oil And Gas, Top Stories 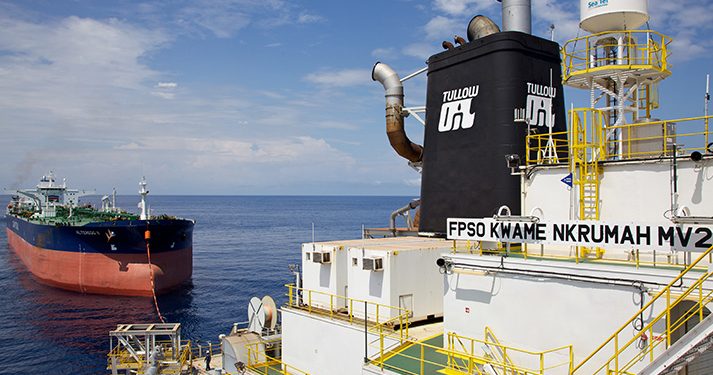 Tullow Plc has announced the payment of US$67 million as dividend to its shareholders for the year 2018 — the first time in four years.

The company also announced a new dividend policy which will allow it to pay dividend of US$100 million annually to shareholders.

Chief Executive of Tullow Group, Paul Mcdade said the decision to pay dividend is as a result of the company’s strong financial performance despite oil price volatility.

“We suspended the dividend but over the last few years, we have worked very hard to get the company working very well and very profitable. And when we got to the end of 2018, we decided that we were back in very good financial health and therefore we could reinstate the dividend,” he explained.

Tullow Oil’s total revenue for 2018 was US$1.9 billion dollars. It recorded US$85 million as profit after tax. Tullow operates two blocks in Ghana, Jubilee and Ten. The company currently produces 100,000 barrels of oil from the Jubilee field and 70,000 barrels from the TEN field.

The Company also expressed confidence in winning the bid to explore some more oil from one of the new blocks being offered by the government.

Tullow, ENI and Vitol are bidding for block three which is one out of the three blocks government has put up for competitive bidding.

Kweku Awotwi, Managing Director of Tullow Ghana and Executive Vice President of Tullow Group, said: “We have a 50/50 chance but it all depends on how the government evaluates its bid. We think we have been quite aggressive in our bid. Some of it is that we have been here a long time, we know the area very well, and so we have a big programme that expects us to drill wells almost immediately.”

Tullow also announced plans to spend US$250 million to boost its operations in Ghana in 2019. The company said funds will be spent predominantly on the drilling of wells. 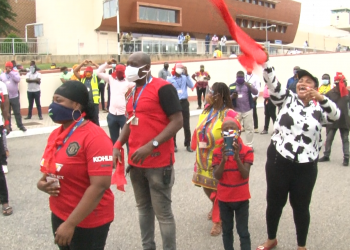