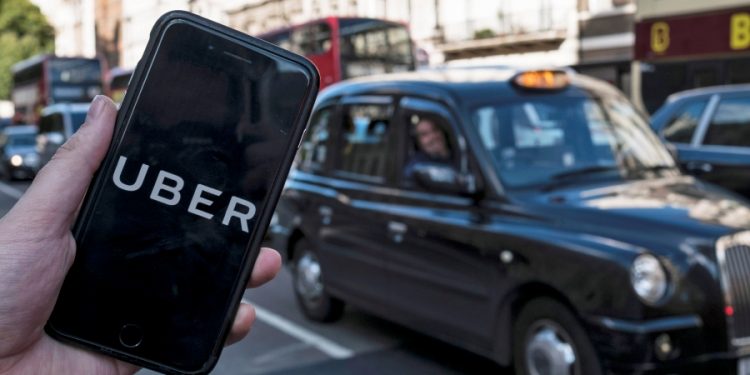 epa08024130 (FILE) - An image showing an Uber app on a mobile phone in central London, Britain, 22 September 2017 (re-issued 25 November 2019). Media reports on 25 November 2019 state the Transport for London (TfL) has said it would not continue to grant Uber a licence to operate in London. Uber, that first lost its licence due to safety concerns in 2017 but received a 15-month license for operating in London, said it would appeal the decision. Uber, that has some 45,000 drivers working in London, will continue to operate during the appeal process. EPA/WILL OLIVER *** Local Caption *** 54443222

Uber will not be granted a new licence to operate in London after repeated safety failures, Transport for London (TfL) has said.

The regulator said the taxi app was not “fit and proper” as a licence holder, despite having made a number of positive changes to its operations.

Uber initially lost its licence in 2017 but was granted two extensions, the most recent of which expires on Monday.

The firm will appeal and can continue to operate during that process.

London is one of Uber’s top five markets globally and it has about 45,000 drivers in the city. Overall, there are 126,000 licensed private hire and black cabs in the capital.

If its appeal is unsuccessful, some think Uber drivers would move over to rival ride-sharing firms such as Bolt and Kapten.”There would be competition that would fill that void quite quickly,” Fiona Cincotta, a market analyst at City Index told the BBC.

Why won’t Uber get a new licence?

TfL said it had identified a “pattern of failures” in London that placed passenger safety at risk.

These included a change to Uber’s systems which allowed unauthorised drivers to upload their photos to other Uber driver accounts.

The regulator also found dismissed or suspended drivers had been able to create Uber accounts and carry passengers. In one example, a driver was able to continue working for Uber, despite the fact his private hire licence had been revoked after he was cautioned for distributing indecent images of children.

Helen Chapman, director of licensing at TfL, said: “While we recognise Uber has made improvements, it is unacceptable that Uber has allowed passengers to get into minicabs with drivers who are potentially unlicensed and uninsured.”

London Mayor Sadiq Khan said: “I know this decision may be unpopular with Uber users, but their safety is the paramount concern. Regulations are there to keep Londoners safe.”

Donna Stevens says her experiences of using Uber in London have “always been positive”.

In her job as a carer she often works late, so regularly uses the service. “The drivers are friendly, courteous and professional. I can’t afford to get a metered taxi.”

She says that if Uber were to go, she would probably have to go back to using public transport late at night, which does not make her feel safe.

However, another reader, Kay, says she would not be sad to see Uber go.

“I complained a couple of months ago about a driver who made me feel so uncomfortable I abandoned the ride and walked home in the dark at 11 o’clock at night instead of staying in his cab.”

She says Uber gave her a £5 credit but did not apologise. “How is it OK to employ drivers that make women feel unsafe?” she says.

Is this the end of Uber in London?

Uber lovers in London, fear not! The company’s cars will not suddenly disappear from the capital’s streets.

Uber is going to appeal against this decision so a magistrate will have to decide whether Uber is fit to hold a licence in London, or not.

A decision from a magistrates court could take weeks or months and unless the court decides otherwise, Uber will retain its licence during this period too.

When TfL decided not to renew Uber’s licence in 2017, the company addressed some of the issues raised by TfL back then and then a magistrate later granted Uber a new licence.

On the face of it TfL is standing tough against perceived failings by Uber. But in effect it is letting the courts decide, at a later date, whether Uber should have a licence, or not.

What does Uber say?

Uber said the decision was “extraordinary and wrong”. It said it had audited every driver in London over the past two months and strengthened its processes.

Boss Dara Khosrowshahi tweeted: “We understand we’re held to a high bar, as we should be. But this TfL decision is just wrong. Over the last 2 years we have fundamentally changed how we operate in London.”

According to Uber, 24% of its sales come from just five cities, including London. The others are Los Angeles, New York City, San Francisco and São Paulo in Brazil.

In a public filing, it said: “Any inability to operate in London, as well as the publicity concerning any such termination or non-renewal, would adversely affect our business, revenue, and operating results.

“We cannot predict whether the TfL decision, or future regulatory decisions or legislation in other jurisdictions, may embolden or encourage other authorities to take similar actions even where we are operating according to the terms of an existing licence or permit.”

What do others say?

But the Unite union – which believes Uber has unfairly taken business from black cab drivers – welcomed the news.

“Uber’s DNA is about driving down standards and creating a race to the bottom which is not in the best interests of professional drivers or customers,” said Jim Kelly, chair of Unite’s London and Eastern cab section.

Where else has banned Uber?

Uber has faced pressure from regulators around the world over the way it treats its drivers, competition concerns, and fears about passenger safety.

The US firm pulled out of Denmark in 2017 because of new taxi laws that required drivers to have fare meters and seat sensors.

And in May, the ride-hailing firm pulled its UberXL service in Turkey without saying why.

TfL first declined to renew Uber’s licence in September 2017, again over safety concerns. Back then it cited Uber’s approach to carrying out background checks on drivers and reporting serious criminal offences.

Uber’s use of secret software, called “Greyball”, which could be used to block regulators from monitoring the app, was another factor, although Uber said it had never been used in the UK.

However, TfL granted Uber a 15-month licence extension – later extended by two months – conditional on it making improvements to its business.

TfL can offer licences of up to five years, but it has been more stringent of late.

In July, Indian ride-hailing company Ola got a 15-month agreement for its entry into the London market, while ViaVan got a three-year licence renewal. 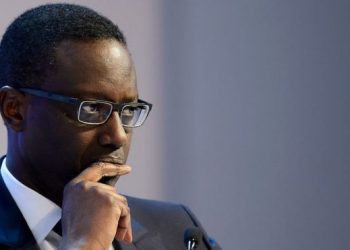 Credit Suisse chief executive Tidjane Thiam has resigned amid a power struggle which followed a spying scandal at the bank....

Airbnb is not an estate agent, EU court rules