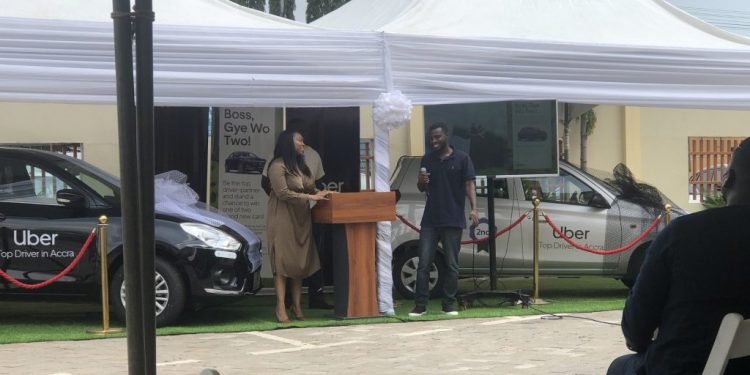 Ghana’s leading riding hailing app, Uber, has rewarded two of its drivers whose performance was head and shoulders above the rest with brand new cars for their excellence in service and dedication to their jobs.

The drivers were rewarded in a short ceremony to climax Uber’s “Gye Wo Two” promotion in Accra.

The “Gye Wo Two” promotion aimed at encouraging drivers across the country to become top-driver partners.

She noted that the aim was to get drivers up their game and provide a platform where drivers are rewarded for excellence in delivery. 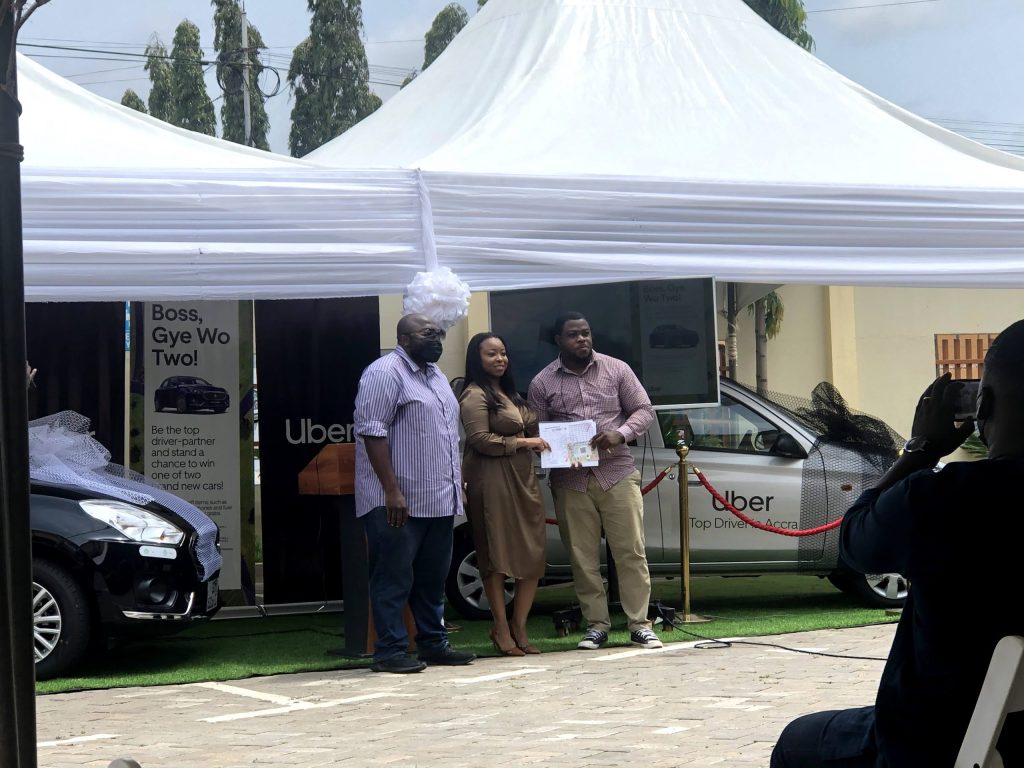 She stated that the criteria for the exceptional drivers were also dependent on completing the most trips on Uber and maintained high ratings from riders.

“A grand ceremony was planned to reward these drivers but was delayed due to the Coronavirus pandemic. We, at Uber, are commitment to excellence delivery through diverse means such as these and we encourage all customers and potential ones to continue to trust the brand for quality, affordable and reliable services,” she said.

Speaking to the media, Joseph Mantey who was overwhelmed by the surprise reward said: “I don’t even know what to say or how to react to this. It is a surprise and a dream come true. I currently work for Uber using my master’s car. I am using the “work and pay” model. So to know that I have my own car is a big surprise to me. I didn’t see this coming at all”

Winsome Tetteh Anim also shared his excitement saying “I can’t believe it. I worked hard but I can’t believe I won a brand new car. I am grateful to Uber for this life changing opportunity.”.

In extending his profound appreciation to Uber Ghana, he also thanked his customers for riding with him and giving him 5-star ratings after his service.