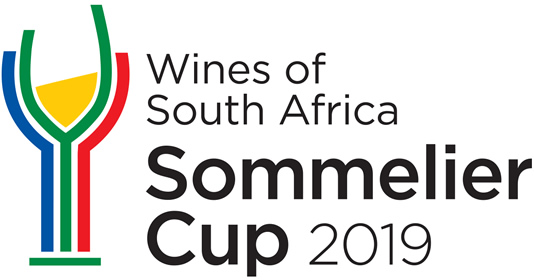 In what can only be described as an epic battle of skill, concentration and attention to detail, Richelle van Gemert, from the United Kingdom, has been crowned as the winner of the 2019 edition of the Wines of South Africa (WOSA) Sommelier Cup.

Following several rigorous semi-final rounds in various countries, a total of 11 finalists from around the world competed in the grand final of the competition at The Vineyard Hotel & Spa in Cape Town on Saturday September 21, 2019. 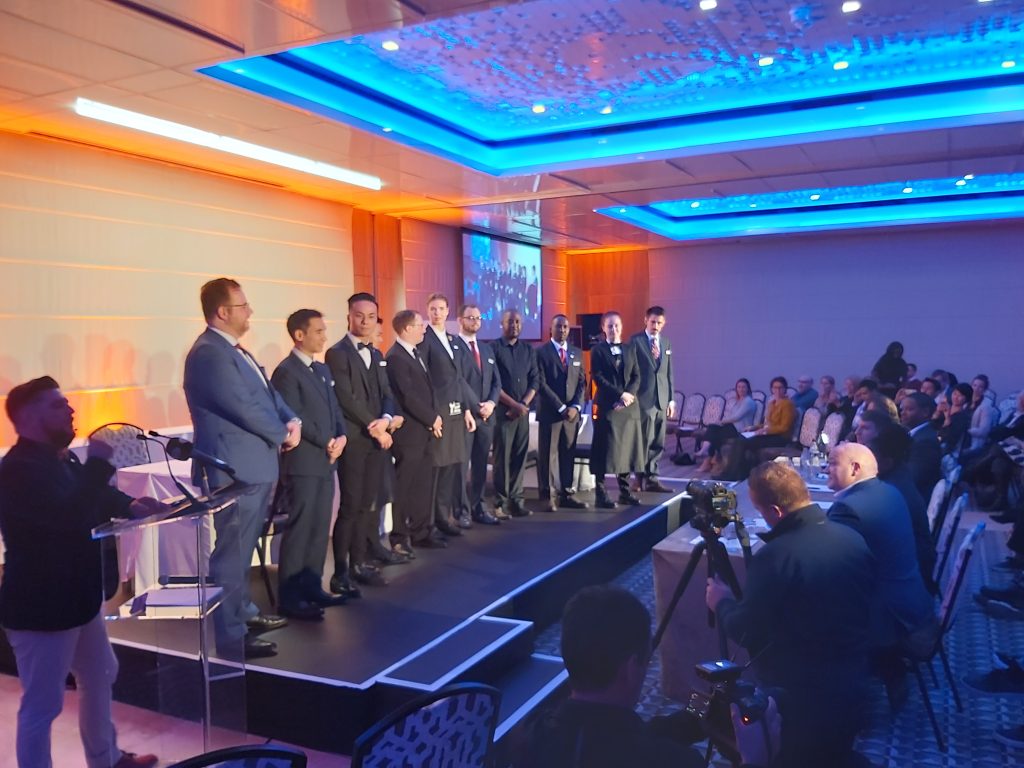 Semi-finalists started their day with a blind tasting of three wines where they had to identify the varietal, region where the grapes were farmed and year of vintage, while also identifying flavour components on each of the wines. 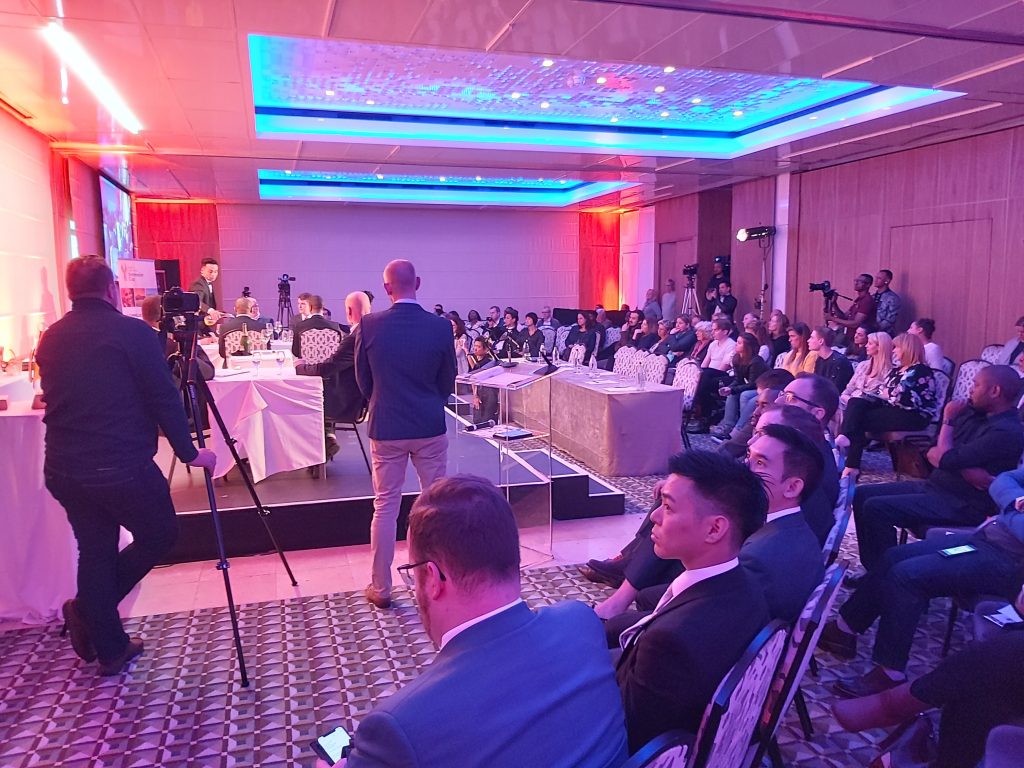 The second element of the day was a theory test, which delved into the history of South African winemaking, key wine varietals for the region and questions that pushed semi-finalists to draw from their own personal experiences and knowledge in marketing and promotion on South African wines abroad.

In the third element of the morning was a practical test, which saw semi-finalists re-enact a traditional table service as one would find in a restaurant. 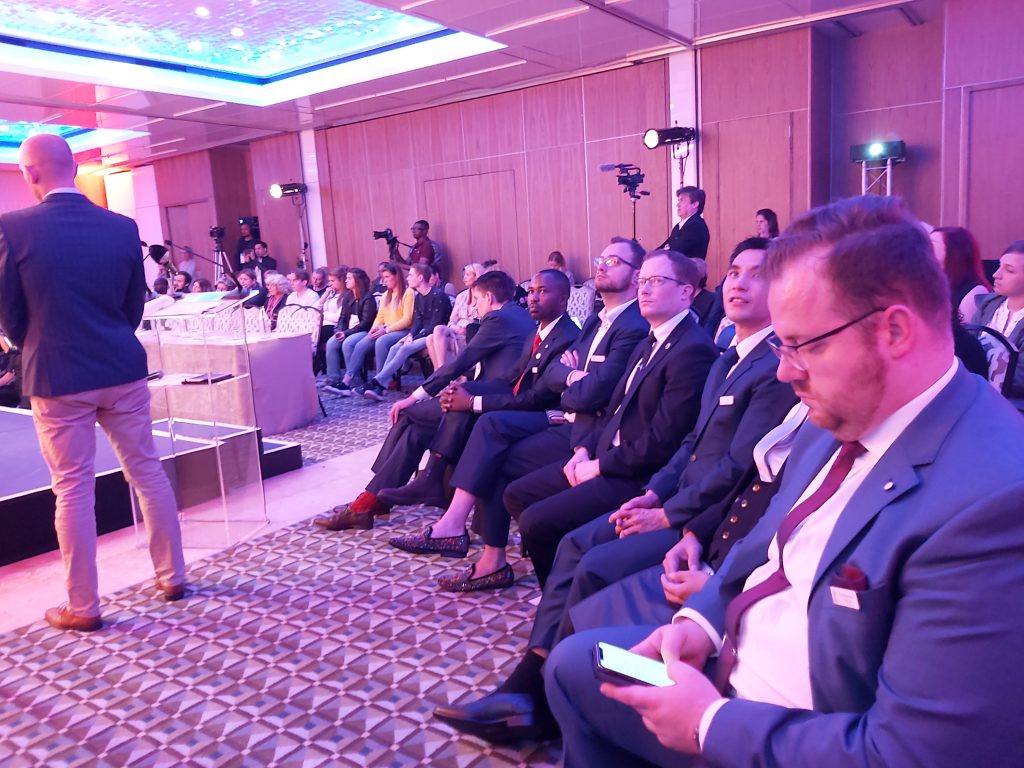 After a tense lunch break the semi-finalists reconvened to find out which of them had made it to the top three positions. Maja Hempel (Sweden), Derek Li (Hong Kong) and Richelle van Gemert (UK) were to compete in the final practical assessment in front of an audience of roughly 100 guests. 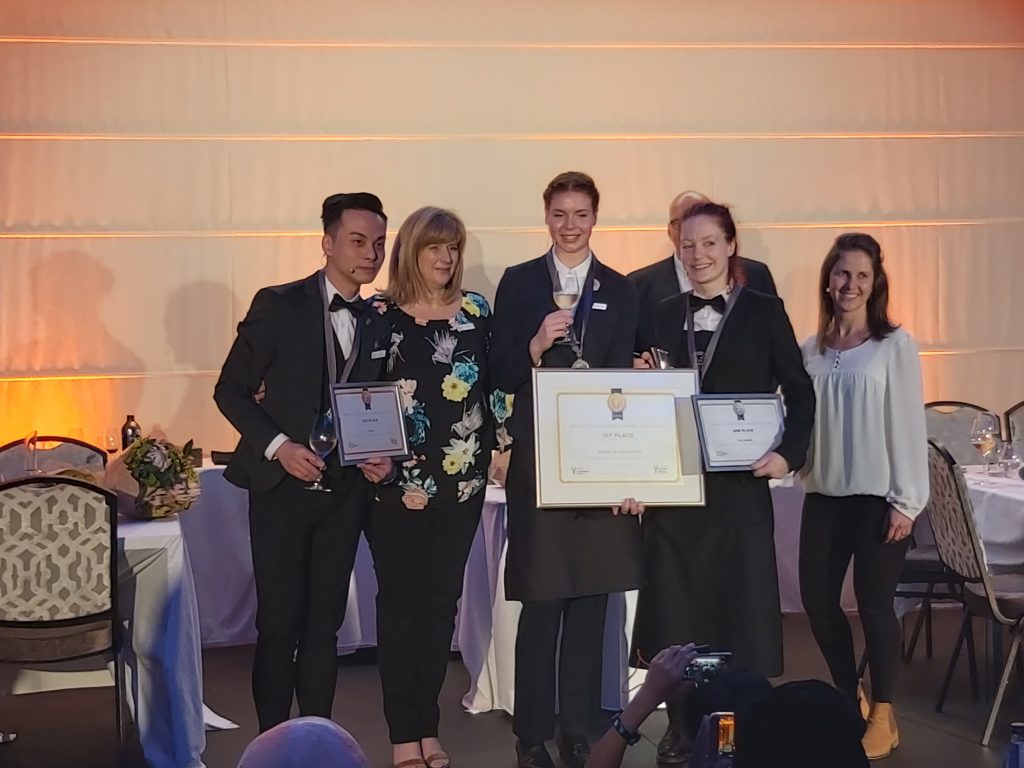 The Grand Final event, was judged by a selection of local and international judges. The international judging panel included Marc Almert (Germany), who was the overall winner of this competition in 2016 and currently holds the title of ASI Best Sommelier in the World, Sören Polonius (Sweden) and Ronan Sayburn (UK).

The local judges who are all members of the South African Sommelier Association (SASA), were Barry Schofield (Chairman of SASA) and Spencer Fondaumiere. This year for the first time there was the addition of an Associate Judge, Minenhle Mthombeni.

The afternoon’s event was hosted by MC and radio host, Guy McDonald in front of an audience of local wine trade, local and international media, and sommeliers.

The three elements that each finalist had to complete, in turn, included an ‘MCC challenge’, a blind tasting of four Chenin Blanc wines in which they had to identify the soil type and region in which the vines were grown and then followed a highly challenging ‘Port tong bottle opening’. 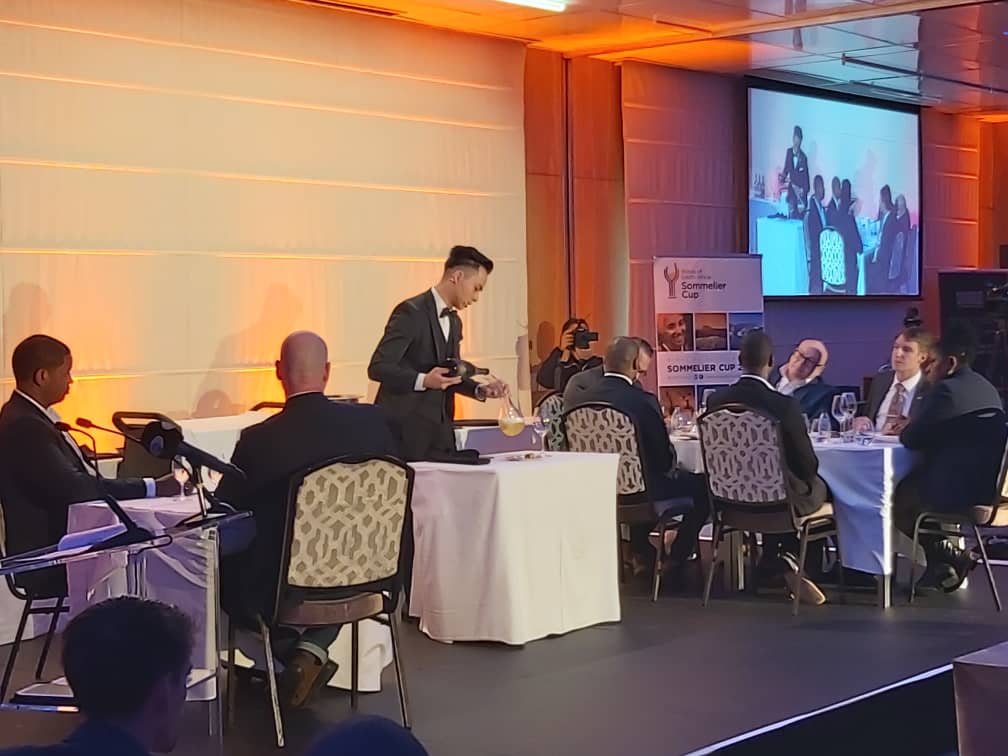 “I really love South African wine, along with its food and people, so winning this competition is very special to me”, commented Richelle. 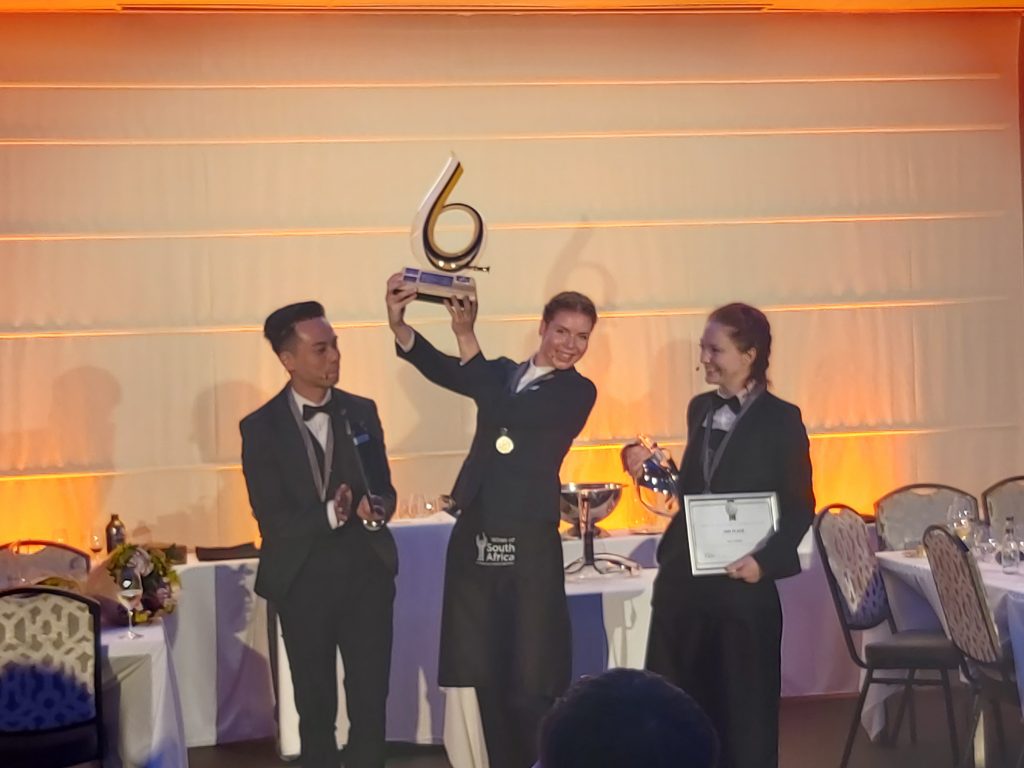 (RICHELLE VAN GEMERT flanked by the 1st and 2nd runners up)

On his part the WOSA Market Manager for Africa Matome Mbatha said in addition to producing world class wine, his outfit was committed to educating the continent on wine and creating ambassadors through the WOSA Cup Final.

“The beauty of this whole exercise is first of all transparency, and if you look at the countries represented it means we have good footprint in the different markets.” 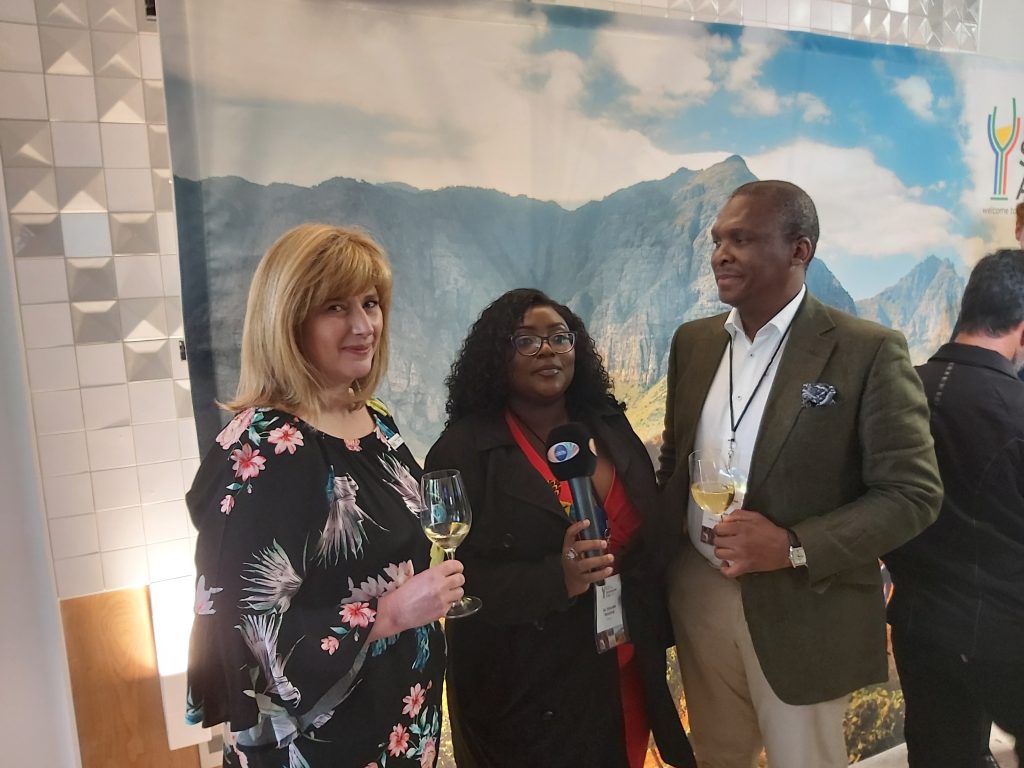 Ghanaian Sommelier and Vinitaly wine Ambassador Kodjo Adovor who was the event mentioned that for Ghana it’s important to improve its position as a location for wine.

“If Ghana wants to be known as the business hub in West Africa we have to grow in the wine space to create the perception that Ghana is the place to go. We also need to train more Ghanaians when it comes to wine and also take the production of cocoa wine more seriously.” 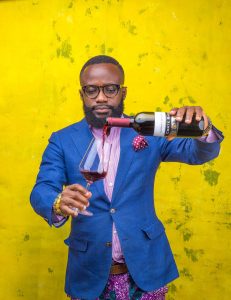 The 2019 edition of the Wines of South Africa Sommelier Cup final which brought roughly 25 visiting sommeliers from around the world to South Africa was covered exclusively by Citi FM and Citi TV for radio and TV audiences in Ghana. 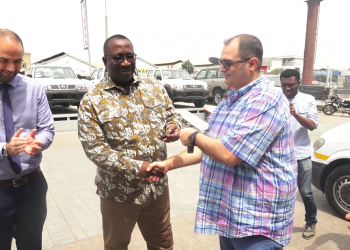 The Management of Japan Motors has donated a pick-up vehicle to Citi FM and Citi TV to support the upcoming...

Tano Sacred Grove’s tourism potential wasting away due to neglect