UNIPASS kicks off in February despite freight forwarders’ resistance 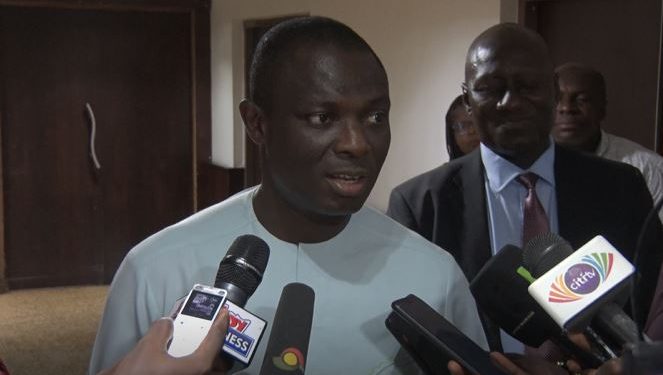 Barring any last-minute change, the government will commence the implementation of a new platform for the recording of imports and exports at the country’s ports this month.

Though widely known as the UNIPASS system, a Deputy Finance Minister, Kwaku Kwarteng explains that the eventual rollout will see to the outdooring of a new name for the platform altogether.

The new platform is to replace the work currently carried out by the Ghana Community Network Services Limited, GCNet as well as Customs World or West Blue Consulting.

Proponents of the new system say it has the ability to help the government block revenue shortfalls that have plagued the customs division of the GRA for some time now.

Despite initial plan to get the new system to roll out in January 2019, concerns over issues such as the trade facilitation fee (0.75%) which was higher than that of GCNet and West Blue altogether (0.68%), plus some court cases over allegations of pirated software, led to its suspension.

But a Deputy Finance Minister, Kwaku Kwarteng in an interview with Citi Business News justified the government’s decision to sail through with the plan this month.

“I am confident that the new system will also provide opportunity to deal with some of the weaknesses that we have had in respect of irregularities and revenue leakages because the new system is more robust and it responds to the challenges that we have seen working with the multitude of vendors that we have within customs management right now,” he said.

Mr. Kwarteng further intimated of a possible name change eventually, “It won’t be called UNIPASS as that was the name given by those who are building the system for us. But it is our system, we are paying for it with the taxpayers’ money, we will give it an appropriate name on the day we outdoor it.”

“We are the front-end users of this technology so if you do not get us involved in initiating these policies, then it will be a recipe for chaos. Where we stand now, we are confused so unless we sit down to get to know really what this is. To tell you the truth, we are comfortable with what we have is there is not anything that a perfect system and it is our critique and hard work that has brought us to this point,” the President, Eddie Akrong noted.

The contract signed between the government of Ghana and West Blue Consulting which provides a platform for the integration of systems at the country’s ports to facilitate trade while reducing transactional time expires in December 2020.

The government’s agreement with GCNet which also engages in trade facilitation activities at the ports also expires in 2023.

However, with the decision to go ahead with the new platform, it is still unclear what becomes of the companies for the number of years they have to work until their respective agreement dates expire.