by Lawrence Segbefia
in Banking And Finance, Government, Top Stories 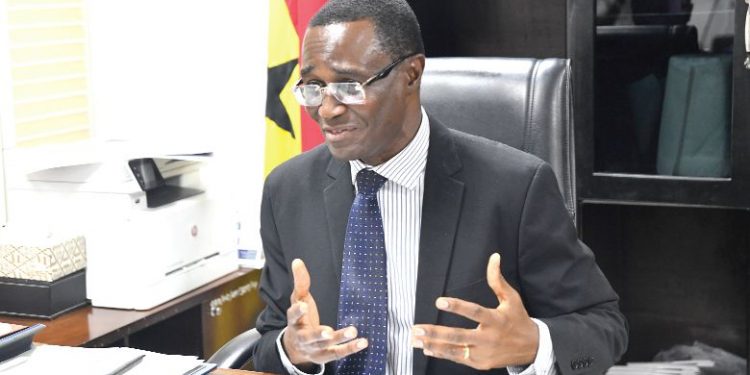 The Ghana Revenue Authority, GRA, has reassured freight forwarders that technical challenges that have disrupted the Integrated Customs Management, ICUMS, will be addressed by the end of June.

The ICUMS, also known as UNIPASS, was rolled out on June 1, to take over the single window platform from GCNet and West Blue Consult at the Ports.

But the challenges of the new system have disrupted clearing activities at the Ports.

Speaking at a press briefing, the Commissioner General of the Ghana Revenue Authority, Mr. Ammishaddai Owusu-Amoah, said even though the system is fraught with challenges, government has been able to rake in 490 million cedis in 17 days, which is more than half of the amount raised by the previous system in a month.

Mr. Owusu-Amoah explained that per the calculation, UNIPASS has done well if it has been able to mobilize 490 million cedis within 17 days.

He stated for a example that per the trend, customs is likely to rake in over 900 million cedis at the Tema Port by the end of the month if the UNIPASS system works efficiently.

Reacting to claims of revenue losses at the ports in the case of a vehicle that was valued at only 14 cedis, the Commissioner for Domestic Tax Revenue Division; Colonel Kwadwo Damoah Retired, said the document was maliciously prepared by persons against the new System.

He explained that a document that was circulated by policy tank Imani Africa that a Chevrolet vehicle was valued at 14 cedis and cleared was false.

According to him, some persons maliciously printed that document to make the UNIPASS system look bad.

“The system queried the document, but they knew what they wanted to do so they printed and gave it to Imani for them to use it as a weapon to destroy this sytem”.

Meanwhile, the Commissioner General, Ammishaddai Owusu-Amoah, says GRA has still not received the historical data from GCNet in a format that can be analyzed contrary to assertions by GCNet that it has provided the document in a way that can easily be decoded.

Since its inception, the ICUMS has faced many challenges. As a result, freight forwarders have called for the suspension of its implementation.

The freight forwarders accused the GRA of hastily implementing the new platform without addressing concerns raised by importers when the system was piloted.