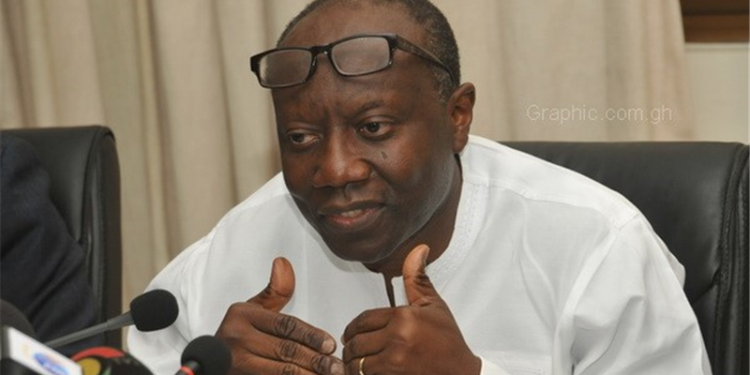 A little over two weeks after he was originally scheduled to be vetted, Finance Minister-designate, Mr. Ken Ofori-Atta finally took his turn before the Appointments Committee of Parliament on Thursday, March 25, 2021.

Mr. Ofori-Atta, whose vetting will continue today is the only nominee left on the list of ministers that President Akufo-Addo presented to Parliament on January 21, 2021, for vetting.

As expected, Mr. Ofori-Atta was questioned by the Appointments Committee on a myriad of subjects.

On Ghana’s increasing debt stock and the omission of Energy sector payments, the Finance Minister-designate said at no point did his ministry seek to hide any figures.

“I think that maybe we are making a mountain out of a molehill. The fact of the matter is that when you read the document, the fiscals, you would know what our debt liabilities are.”

On the level of support that the Bank of Ghana gave to the Central Government in the year 2020, the Minister-designate said as far as he knows, the Central Bank supported the government to the tune of GHS10 billion.

“Mr. Chairman I would stick to the GHS10 billion, any explanations of others I would get to the house.”

On the subject of the newly introduced taxes and their potential to increase cost of goods and services, Mr. Ofori-Atta said Ghanaians needed to share in the burden of the times, so they can later share in the rewards.

“The essence of the budget, and when we say ‘wɔn ya wɔhiε’ is that it’s a battle cry for us to join together to look at growth and transformation as against bending our heads down because of COVID-19. And the question is whether we can burden-share and therefore move to share the opportunities that would come.”

Mr. Ofori-Attah in answering a question on the troubled Agyapa Royalties deal, bemoaned not being given the opportunity to review the Special Prosecutor’s Report on Agyapa Royalties but stated that his team had done nothing untoward with regard to the deal.

“I mentioned a fundamental flaw in the approach that the Special Prosecutor took with regard to whether he gave us a chance to respond or not. I do not feel that we broke any rule and I think the AG will be able to give you a firm assessment on that.”

Postponement of vetting for Ken Ofori-Atta

The Finance Minister-designate had to travel to the U.S to seek further medical care, following complications after recovering from COVID-19.

This compelled the committee to postpone his vetting which was originally scheduled for March 8, 2021, indefinitely.