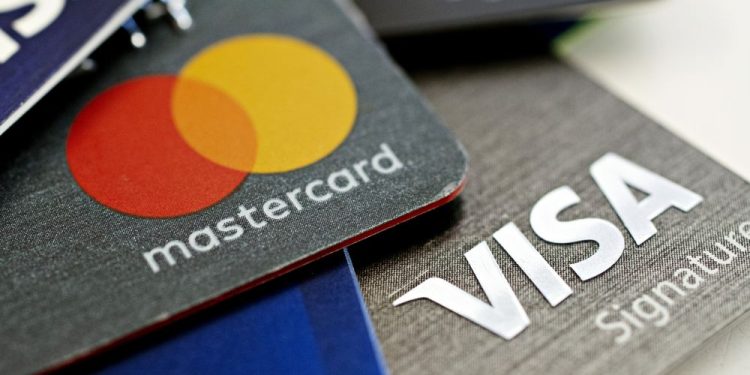 If Facebook Inc.’s new digital currency goes according to plan, it could one day compete with payment giants Visa Inc., Mastercard Inc. and PayPal Holdings Inc. But for now, all three are set to work with the social-media company on the venture.

The currency, called Libra, will launch as soon as next year. It’s what’s known as a stablecoin, one that can avoid massive fluctuations in value so it can be used for everyday transactions. Industry experts and insiders say the payments companies want a seat at the table to help shape the new currency.

“It’s not unusual for the incumbents — Visa, Mastercard, PayPal — to partner with a disruptor,” Harshita Rawat, an analyst at Sanford C. Bernstein, said in an interview. “They would at least want to participate in how this product is being developed.”

New payment methods such as Apple Pay and other mobile wallets are often slow to take off, so any competition is likely to be years away. Still, the earlier payments companies come to the project, the more time they have to ensure their businesses don’t suffer.

None of these companies has been shy about pursuing collaboration or other strategic opportunities. PayPal alone has spent billions of dollars buying or investing in potential partnerships as well as competitors. While PayPal hasn’t ventured into cryptocurrencies before, it was a proponent of the blockchain technology that will be used to build Libra.

Visa and Mastercard are always looking to embed themselves in emerging payment forms. Both have developed partnerships with cryptocurrency and blockchain firms. They’ve said that Libra can help more people gain access to financial products.

“We think cryptocurrencies can address use cases that are not really well served today,” such as areas where cash-based payments remain prominent, said Jorn Lambert, executive vice president of digital solutions at Mastercard. “As such we think it will be incremental to what we do and not a replacement of it.”

The payment companies are part of the Libra Association, giving them a say in how the cryptocurrency is managed. There’s currently no time commitment, so members can leave at any time. Once the group’s charter is finalized, there will be a minimum time commitment, according to some members of the group who asked not to be identified discussing private matters.

“My sense is that they will try their best to partner and engage with Facebook,” Rawat said. “If Facebook takes the angle that they want to disintermediate card payments, then I think they may not want to participate.”