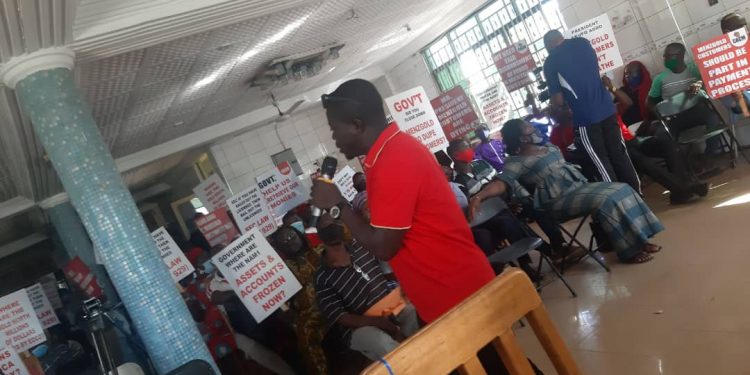 Some aggrieved customers of defunct gold dealership company, Menzgold Ghana Limited have reiterated calls on the Securities and Exchange Commission (SEC) to bail them out on the basis of the principle of “equal justice.”

They say the government and SEC must take the blame for their plights.

“We, customers of Menzgold blame government and SEC for our plights and the deaths of our members. Government and SEC have contemptuously disregarded the laws of SEC that protect customers of Menzgold and have rather focused on inciting the public to ridicule us by calling us “greedy” instead of protecting us and ensuring our monies are retrieved from Nana Appiah Mensah,” the group said at a press conference held on Sunday, October 11, 2020.

Members of the group say government’s posture towards them has led various stakeholders including the Civil Society Organizations and the Media and Human Rights Activities to avert their minds to the laws of SEC such as Act 929, Section 123 (2a, 2b and 2c) that protect vulnerable investors like them.

“It is based on these SEC laws that we requested SEC to include Customers of Menzgold in its bailout exercise for customers of collapsed licensed institutions under SEC, once SEC admits Menzgold operations was within its jurisdiction, upon which they had the authority to issue a shutdown letter.”

The group said although they have received a letter from SEC saying that customers of Menzgold are not part of the bailout for customers of licensed Asset Management Company, they believe that SEC’s laws for the protection of investors cover them too.

“We, customers of Menzgold Company see Menzgold company as a company that falls within the category of the unlicensed companies which SEC has fully investigated and on authority admitted that Menzgold was operating within its jurisdiction… It was appropriate SEC wrote to government to come to the aid of customers of collapse licensed companies like CDH, First Banc, All Time Capital, Alpha Capital, Beige Capital and the likes to bail them out. Why leave out equally Ghanaians who are customers of Menzgold who fall under the protection of the same Laws ?.”

The group at the press conference detailed four reasons they said were solid grounds on which they must be considered for a bailout. 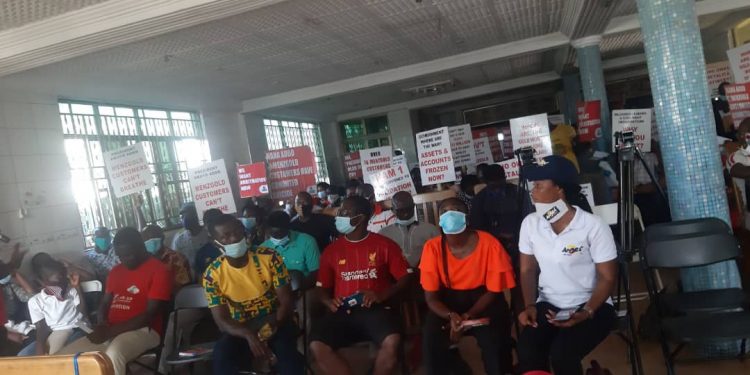 The group said the SEC and the government must urgently capture them in the emergency bailout package to forestall the deaths being recorded among other investors.

“We are therefore asking SEC to make a passionate appeal to government on the basis of equal justice under the SEC laws to reconsider Menzgold customers in an emergency supplementary bailout exercise, that will help forestall the continuous number of deaths and health challenges like strokes that we are recording among our members day in and day out.”