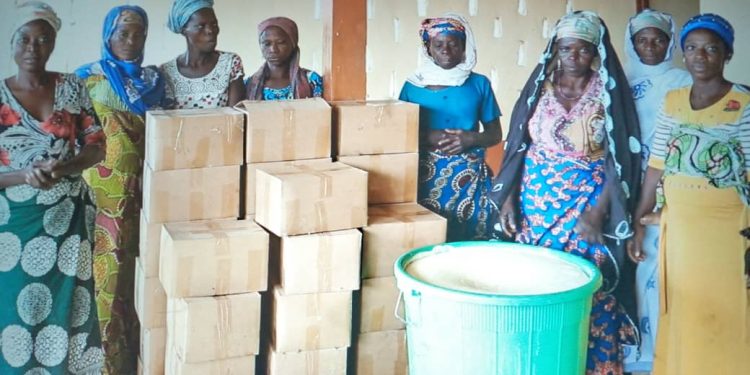 292
SHARES
1.5k
VIEWS
Share on FacebookShare on TwitterShare on Whatsapp

Shea butter processors at Loagri No. 2, near Walewale in the West Mamprusi District of the North East Region, are appealing to dealers in the sector to purchase their butter to keep them in business.

The over 50 women, who have formed an Association, made the appeal when Citi Business News visited the area recently and discovered that tons of butter they had produced since 2018 have not been sold.

The Members of the Suguru Buni Women Association, comprises women who once worked as head porters popularly known as ‘kayayei’, after migrating from northern Ghana down south.

They decided to come together to produce shea butter as a means of livelihoods, due to the many problems they faced working as head porters in the cities. 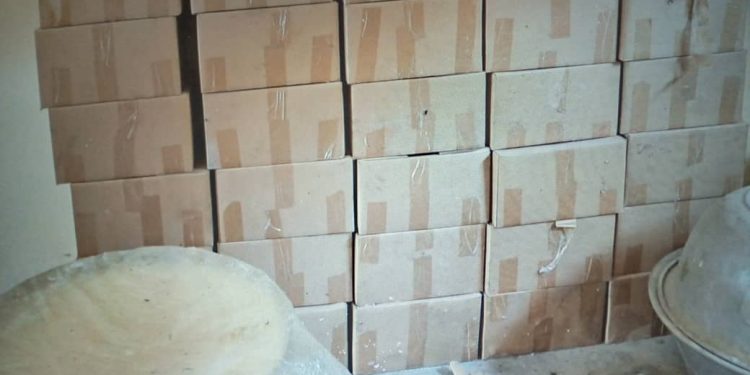 Azaratu Issahaku, one of the women, said “what we go through there is bad. Sometimes when you go and leave your children what they will eat is a problem, not to talk about when they fall sick. But if the work was moving, who would want to travel again and struggle? It is not easy going there.”

Another member of the group, Jahanatu Abubakari, says they Association was formed with the aim of discouraging young people especially girls from trooping to the city centers in search of menial jobs.

But she is now worried that their dream may not be realized due to the low market for their produce.

“Dealers in butter assured us that they will come and buy when we produce. Almost two years now the butter is still here. No one is coming to ask for it since last year. Now we don’t know what to do. It affects us because we struggled together to produce the butter.”

The situation has compounded the hardships these women face in caring for themselves and their families.

Jahanatu Abubakari added that “Now that it is not selling, how do we take care of our children. That is the problem, and that is worsening our plight. We can’t produce the butter again because where are we going to get money to buy the nuts and produce again? So we are appealing to buyers to come and buy.”

Women and young girls often leave their communities and children behind to travel to the cities to engage in menial jobs for those who recruit them for meager fees.

Many of them usually suffer all kinds of abuses by their hosts. They say the factors that push them to become head porters have not changed.

Kasuwa Nantogma, another woman added that “If we get help, we won’t work as head porters. But if the business is failing us, we have nothing to do than to go back. Look at our ages, most of us are now old and should not work as head porters again. But when day breaks and the children are making demands especially the students, you have no option than to work as a head porter, so they should come to our aid.”

Mohammed Shaani Haruna, who moved to Accra in 2014, decided to return and join the women to formalize the group with the assistance of Reverend Sisters who put up the facility including a miller and shea nuts to start with.

But the lack of ready market is threatening the hopes of the people.

Although Shea butter processing is said to be a proven productive enterprise for both rural and urban women, these women at Loagri No 2. are yet to realize it, and are appealing to industry players to support them.

Azaratu Issahaku reiterated that “we just need the support of investors, so that we the youth can stay at home and look after our children and parents. That is what we are appealing for.”