Henry Kofi Wampah, Governor of the Bank of Ghana (BoG), has called for stronger action from the Ministry of Finance and government to alleviate the country’s economic difficulties.

“Fiscal consolidation will require a more aggressive stance in the second half of 2014. Government must continue to enhance revenue measures and rationalise expenditures to achieve the fiscal deficit target of 8.5 percent of GDP for the year,” Wampah said in his latest monetary policy briefing in Accra.

His call is set to intensify pressure on Minister of Finance Seth Terkper to revise his budget for the year and launch new measures to accelerate the ride to economic recovery.

Mr. Terkper is battling a deficit that remained above 10 percent of GDP for a second consecutive year in 2013, causing interest rates to spike to new records while boosting inflation and dampening confidence in the country’s currency.

“Risks to the fiscal outlook have increased on account of underperformance of government revenues, the rising share of compensation for employees in domestic revenues, and the increasing difficulty of raising financing from traditional sources,” Wampah said.

“The situation is further compounded by the emergence of subsidies due to delays in adjustment.:of petroleum and utility prices; build-up of arrears, particularly on statutory payments;, delays in the implementation of some revenue measures outlined in the 2014 budget; and slow disbursement of programme grants.”

He said the Monetary Policy Committee (MPC) of the bank voted to increase the policy rate from 18 percent to 19 percent to tackle inflation and the cedi’s worsening depreciation.

The 19 percent rate is the highest since February 2004 and sends a signal that monetary policy is nearing the end of its tether in the search for solutions to restore economic stability.

The BoG has launched a raft of actions since February targetted at easing pressures on the currency and foreign exchange reserves. The cedi has fallen by 27 percent to the dollar since January, its fastest slide in 14 years; and reserves have decreased by US$1.1 billion to US$4.5billion in the same period.

In April, the BoG asked banks to keep more cash with it when it raised the reserve ratio from 9 percent to 11 percent to curb the growth of money supply, which is fuelling inflation.

The reserve-ratio increase had been preceded in February by a 200-basis-point hike in the policy rate and introduction of new regulations to stem the use of dollars for domestic payments.

Nevertheless, the cedi has remained wobbly and some analysts fear the situation could lead to a balance of payments crisis requiring IMF intervention.

Surging inflation has also produced anxiety for the Bank of Ghana, which has traditionally aimed to keep it below 10 percent. Data issued “bn Wednesday by the Ghana Statistical Service (GSS) showed prices rising at an annual rate of 15 percent in June.

That pace of growth is the highest since December 2009.

Dr. Wampah said inflation is not likely to return to the central bank’s preferred range of 9.5 to 11.5 percent until the final three months of 2015.

He was however more upbeat about the currency as the central bank expects to receive around US$3billion of foreign exchange from the upcoming Eurobond and cocoa syndicated loan.

He also revealed grim business and consumer sentiment indicators, the result of a declining currency and rising cost of living. 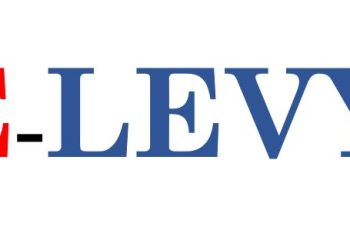 The Minister of State at the Ministry of Finance, Charles Adu Boahen, has assured that government will ensure the e-levy...