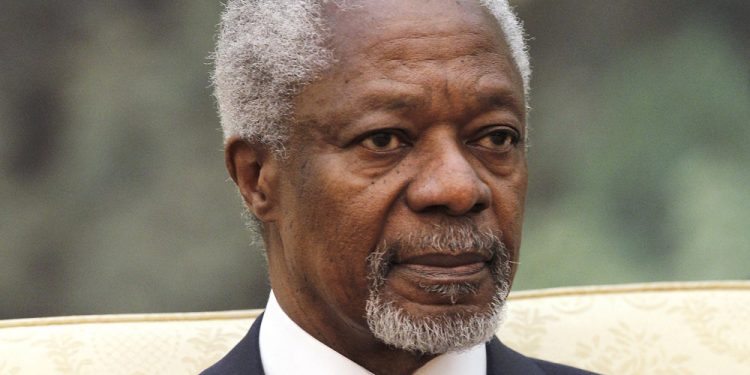 British Airways in early August announced it had temporarily suspended flights to Sierra Leone and Liberia out of concern over the outbreak of the Ebola disease which at the time had killed over 800 people.

A statement from British Airways sent to travel companies in August said: “British Airways services from London Heathrow to Freetown and Monrovia will be temporarily suspended from tomorrow, 6 August until 31 August 2014, due to the deteriorating public health situation in both countries.”

Other airlines including Arik Air and Asky also halted operations to Ebola hit countries to avoid the spread of the disease and ensure the safety of their passengers.

The World Health Organization (WHO) as well as ECOWAS have however called on airlines to desist from  such moves.

Speaking on the BBC’s Focus on Africa, Mr. Annan said the ban will only worsen the matter.

‘I was very disappointed that some begun grounding airlines or refusing to fly to the countries affected because, that was the worst possible response, in other words we were creating a situation where it would have been difficult to send aid to health workers, medical supplies and equipment when in fact that was what was needed’.