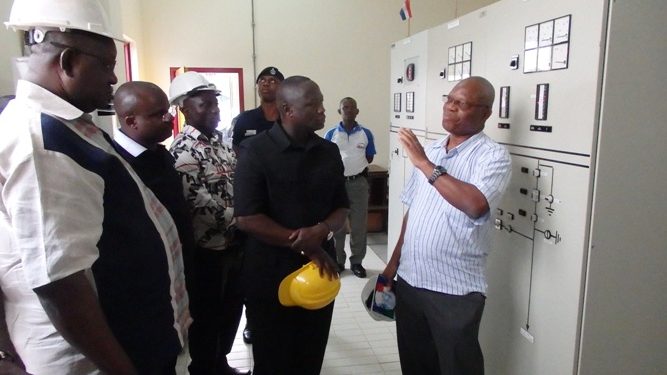 The Minister of Energy and Petroleum, Emmanuel Kofi Buah, has visited some ongoing and completed electrification projects in parts of the Central and Western Regions to acquaint himself with progress of work.

The visit was also to interact with leaders of beneficiary communities on proper energy conservation practices among others.

The Minister’s visit forms part of the Energy and Petroleum Ministry’s commitment to extend electricity to about 700 communities in all districts under the Ministry’s National Electrification Programme being implemented in the region which has so far seen about 530 communities being completed and connected to the national grid.

He explained that government intends to connect in excess of 4,500 additional communities to the national grid under various ongoing electrification schemes between now and 2016.

“I am happy to note that since the Mahama-led Government took over the reins of the administration of the country (from 2009 to date) a total of 811 communities have been connected to the national grid. In the process, the national electrification access rate increased from 72% to 76%. Between now up to the end of June, 2015, we plan to extend electricity to about 906 communities in the Western Region alone.” The Minister added.

He further noted that following surveys carried out in Western, Central and Brong Ahafo Regions, it is estimated that approximately 2,040 communities could be connected to the national grid under the project under the TMG/Weldy Lamont Rural Electrification Project.

He also disclosed that an engineering survey will commence soon by Messrs China International Water and Electric Corporation (CWE) to connect about 80 communities to the national grid. This project which is expected to commence in 2015 is intended to benefit eight districts in the Western Region.