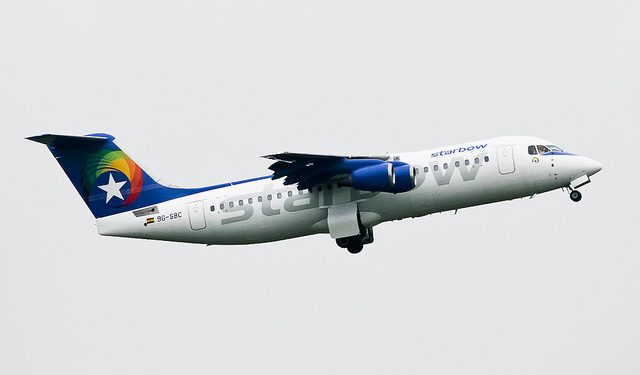 The Ghana Civil Aviation Authority (GCAA) has given Starbow the go ahead to begin flying again.

The local airline was grounded last week after a near fatal incident resulting from a hydraulic failure..

The authority had earlier denied reports that Starbow had been allowed to resume flight operations a day after the incident.

But speaking to Citi Business News the Acting Director General of the Ghana Civil Aviation Authority Abdulai Alhassan said the authority has now revoked its suspension after its investigations revealed that the airline was worthy to fly.

‘We have presented a letter to Starbow clearing them, this follows a successful assessment of the  evaluation of the aircraft, the GCAA found the aircraft airworthy.

The authority hereby revokes the suspension of the aircraft, the aircraft can now commence revenue flights effect 4th November,2014.

Citi Business News has gathered the airline will resume flight operations from tomorrow.