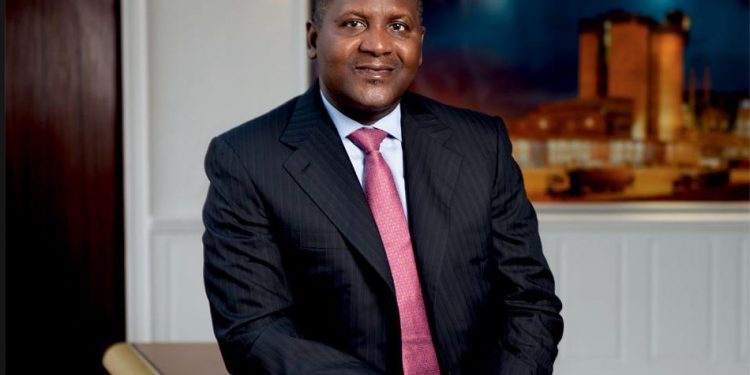 Nigerian billionaire, Aliko Dangote has been named the Forbes Africa ‘Person of the Year 2014’.

Dangote, who’s the richest person in Africa, received the award on Thursday, December 4, 2014 in Nairobi, Kenya.

The billionaire was listed among notable nominees like author, Chimamanda Ngozi Adichie and Director-General of Nigeria’s Securities & Exchange Commission, Arunma Oteh but emerged the winner.

The panel of judges which selected Dangote stated:

“Aliko Dangote is a lion of Africa in terms of business. He is second to none when it comes to investing in Africa, not just Nigeria.”
“He is also a capitalist with a big heart. He puts his money where his mouth is and his foundation is a step forward for a man who wants to make a difference on the continent,” the panel added.

The billionaire, who moved up 20 spots to become the world’s 23rd richest man this year, dedicated his award to his native land, Nigeria.